Why Orlando Pirates coach Milutin Sredojevic is a frustrated man 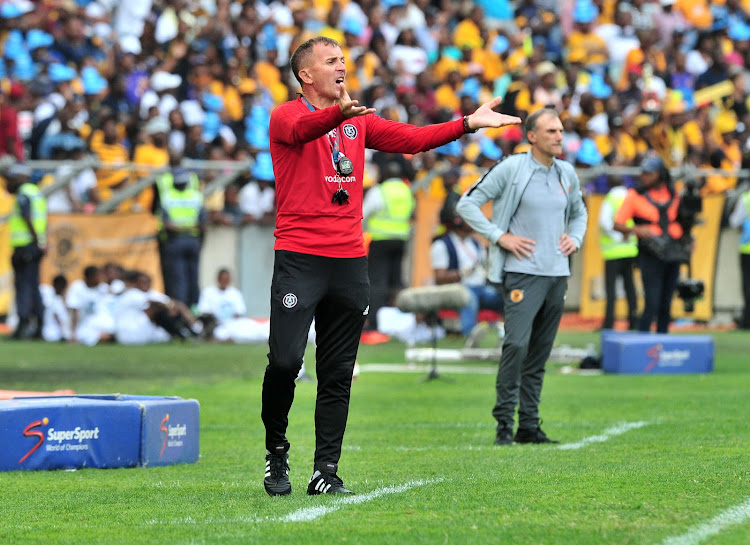 “I don’t know where the problem is‚" said Sredojevic after his charges were held to a surprise goalless by a semi-professional Namibian team they were expected to comprehensively beat at home ahead of the second leg in Windhoek on Saturday.

"Whether we were still exhausted from last Saturday’s final (Telkom TKO against Baroka FC) or the league game against Free State Stars (on Wednesday)‚ I don’t know.

“Our build up play was simply not effective enough to bring the balls in the area and when we created a few chances we were not clinical enough to bury them.”

The draw leaves the Buccaneers with a lot to do in Windhoek if they are to progress to the money-spinning group phase of the Champions League along with 15 other clubs on the continent.

Adding to Bucs problem is the fact that they need to prepare to play in an artificial pitch at the Sam Nujoma Stadium‚ something Sredojevic admitted will likely take a lot adjusting to on the part of his players.

“The second leg will be completely different because the opponent will play at home and will have the advantage of an artificial pitch‚" he said.

“When you have that in mind you need to prepare well and I’m looking forward to at least getting a draw with a goal.

"We believe that we can still get a good result in Namibia.”

On electing to start with a second-string team and giving the impression that he underestimated his opponents‚ Sredojevic said rotation was vital for his team this season as they have a lot of matches to play in different competitions.

“Some players have been on the brink of breaking (down) in a way that we are pushing them to an injury level‚" he said.

“So ethically we were looking to take care of that aspect‚ it was not meant to weaken our plan.”

Sredojevic admitted that his planning for the Stars game was not easy as he had little knowledge of them because of limited footage of their previous matches.

“It is very hard to follow them because we have not had a chance to see them play‚" he said.

"However‚ we had our people going away to watch them and we thought that was good enough.

“In our minds we were thinking we should get a convincing result today‚ but we were not good enough to win the game.

“We need to be self-critical in order to improve all the aspects of our game in the second leg.”