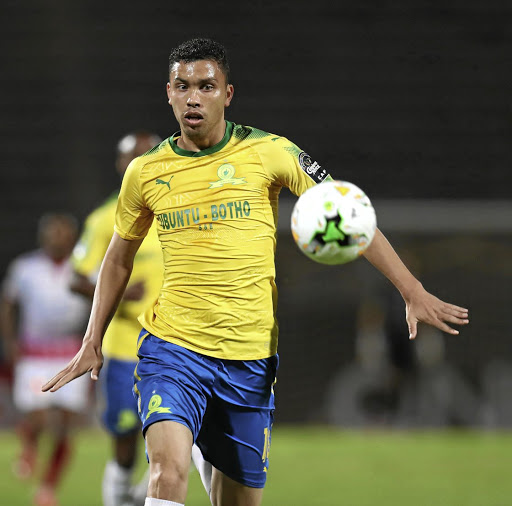 Defender Ricardo Nascimento was culpable as the ball deflected off him as Togo-Sport scored the only goal of their Group C clash against Sundowns in Lome yesterday.
Image: Muzi Ntombela/BackpagePix

The start to life without Percy Tau and Khama Billiat has proven tough as Mamelodi Sundowns suffered a 1-0 loss to AS Togo-Port at the Stade Municipal Lome in Togo yesterday.

Sundowns have plunged to the bottom of Group C in the CAF Champions League after the defeat, with the club still chasing their first win of the competition.

Ayi Hunlede's 40th-minute strike was enough to secure maximum points for the hosts as Sundowns fired blanks without their top two stars, who combined to give Sundowns a 2-2 draw at Horoya the last time they played in the Champions League in May.

The Absa Premiership champions entered the encounter with a lot of ground to make up after starting the competition with two draws.

The Togolese snapped their winless run after having lost their two opening games in the group. They are now third with three points.

Sundowns have struggled to kick into top gear in the tournament where they have now collected only two points out of a possible nine.

Downs found it tough to play their usual free-flowing game as Togo-Port frustrated them with their defend-then- counter approach.

The former African kings were clearly out of rhythm and the fact that it had been two months since their last competitive match showed.

Sundowns' marquee signing of the transfer window, Andile Jali, made his debut in central midfield alongside Hlompho Kekana. In their first official game together, Jali and Kekana lacked synergy and the latter was replaced by striker Thokozani Sekotlong at half time.

Sekotlong had a chance immediately after start of the second half but shot straight at goalkeeper Jean-Robe Klomegan.

Sibusiso Vilakazi was the focal point of Sundowns' attack but his interplay with Themba Zwane was ineffective.

The new-look Sundowns will have to quickly find their groove before the reverse leg at the Lucas Moripe Stadium on July 27, but they will have to first deal with Kaizer Chiefs in the Helix Cup at the FNB Stadium on Saturday.