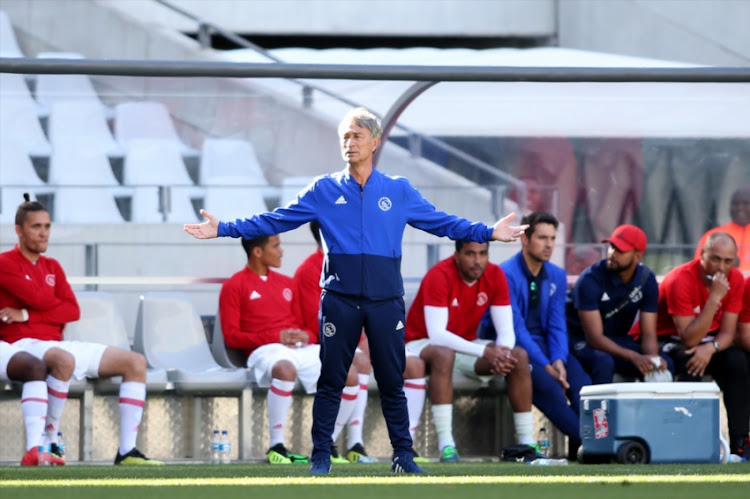 There will be relief for National First Division side Ajax Cape Town when Athlone Stadium comes back into service this weekend for the first time this season.

The unavailability of the venue‚ which has seen improvements to its pitch‚ has caused some chaos for Mother City teams in the second tier in the early stages of the season‚ having been forced to find alternatives that have at times turned home games into away fixtures.

They have been using Cape Town Stadium for home matches‚ but with restricted facilities that allow for minimal fans it has been very much a short-term solution for clubs.

Ajax will host Real Kings at Athlone on Saturday to mark the reopening of the venue‚ which will now become their home‚ as well as a possible alternate ground for Ubuntu Cape Town‚ Stellenbosch FC and Cape Umoya United.

The quartet of Cape Town clubs have played 36 matches in the league so far this season‚ but just 12 of those have been classified as home games as the stadium situation in the city took its toll.

Ubuntu have been hardest hit‚ having played just one of their nine NFD matches at home this season.

They are away again at Jomo Cosmos at the weekend‚ but can now look forward to a run of home games in the second half of the season as they try to lift themselves off the foot of the table.

Roger de Sa’s Cape Umoya played their last home game at Boland Rugby Stadium in Wellington‚ almost 100 kilometres from Cape Town‚ and look set to remain there for this season.

NFD leaders Stellenbosch have set up home at the Idas Valley Sports Grounds and also look set to remain there‚ though the facility would likely not be suitable for the Nedbank Cup‚ for example.

The reopening of Athlone will make it a smoother ride for teams in the second half of the season as Ajax and Stellenbosch push for promotion‚ and Ubuntu and Cape Umoya battle in the lower half of the table.