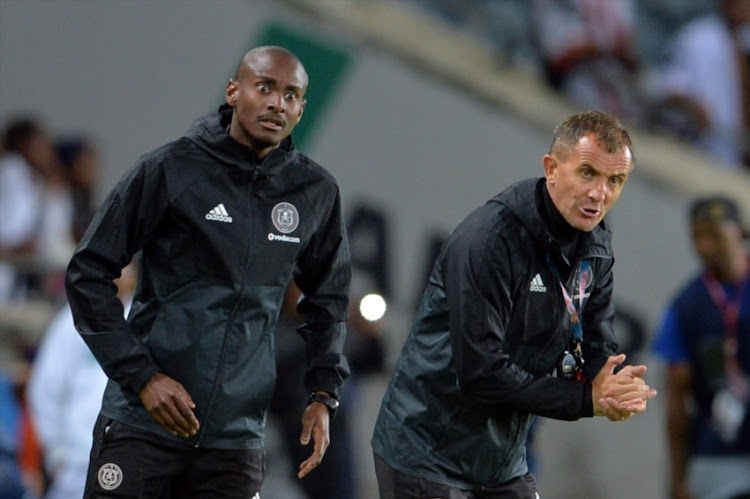 Orlando Pirates coach Milutin Sredojevic has said that he understood what his assistant-coach Rulani Mokwena was trying to say with some inflammatory comments this week‚ but would not comment any further.

Mokwena set the week building up to Saturday’s Absa Premiership Soweto derby at a sold-out FNB Stadium alight with comments made in a Monday press conference on Kaizer Chiefs coach Giovanni Solinas and two of their star players‚ Khama Billiat and Leonardo Castro.

Notably Mokwena said he felt Chiefs were technically weaker in their coaching department from the departure of Steve Komphela last season‚ and subsequent appointment of Solinas.

Sredojevic was asked if Mokwena’s statements were part of an authorised technical team message sent out by Pirates.

“And I feel it is a privilege that we work together. He is a reincarnation of his late grandfather‚ Eric ‘Scara’ Sono.

“So there is a manner that he views this derby in a different way.

“So‚ on his expressions‚ I don’t want to comment. I have fully understood what he wanted.

“But myself‚ as a person who as a head coach represents the institution‚ I would not go different and comment on this.”

Mokwena on Monday also denied Pirates ever lost out on signing Billiat when he left Mamelodi Sundowns – where Bucs' assistant last worked – and joined Chiefs in the off-season. He said Bucs chose not to sign the forward.

Mokwena made suggestions that Castro would not play returning from injury on Saturday‚ referencing the Colombian’s alleged tendency to return home when he was injured when the striker was at Sundowns.