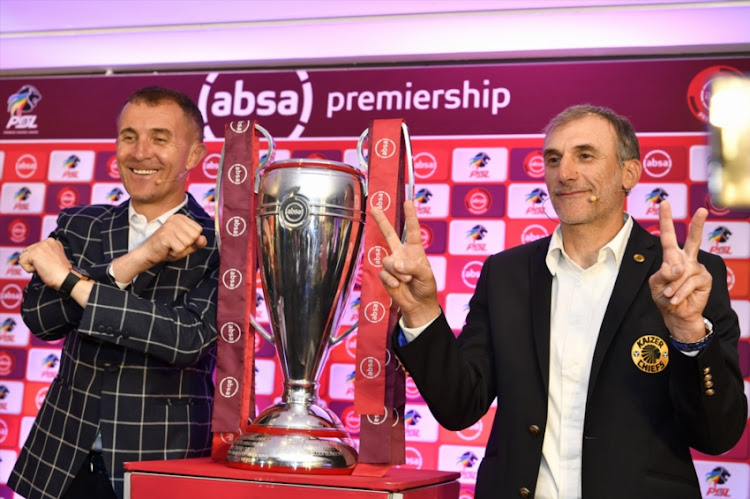 Giovanni Solinas has said that he does not want to use inflammatory comments made by Orlando Pirates assistant-coach Rulani Mokwena this week to motivate Kaizer Chiefs for Saturday’s Soweto derby.

Chiefs’ coach said that in any event players do not need extra motivation for a derby.

If anything‚ he said‚ they need their emotions brought down.

Among other things‚ Mokwena said that Chiefs were technically weaker in their coaching department from Steve Komphela’s departure near the end of last season‚ and Solinas’s subsequent appointment.

Solinas was asked at Wednesday’s pre-derby press conference if he had been rattled in any manner by Mokwena’s statements.

"But I don’t know‚ I can’t respond to this question‚” Solinas said.

“So me‚ I respect my colleague.”

Asked if he felt any antipathy from the comments‚ Solinas said: “No‚ I feel nothing. I feel very well. Very good – no problem.”

It was put to Solinas that he could use Mokwena’s utterances to motivate Chiefs‚ and Billiat and Castro as individuals.

“But I think that the derby is a special game and you don’t need extra motivation.

“It’s a game where psychologically you need more to be calm‚ and not have extra pressure.

“Because the players know what Kaizer Chiefs against Pirates means. So they don’t need extra motivation.

“So we prefer not to talk about that. We need more to focus on the details [of the game].”

Seemingly trying to diffuse the questions over Mokwena‚ Solinas speculated: “I don’t know him. But maybe it was also the journalists who created this.

“Because I was very surprised. Normally the coaches don’t talk in this manner.”

Mokwena had also said on Monday that Pirates chose not to sign Billiat when he left Sundowns in the off-season because of the forward’s injury-proneness and questions over off-field issues.

He said he doubted Castro would play in the derby‚ referencing when the Colombian striker would allegedly return home when injured ewhren he played for Sundowns.