Sredojevic says Pirates are sweating over the fitness of Memela 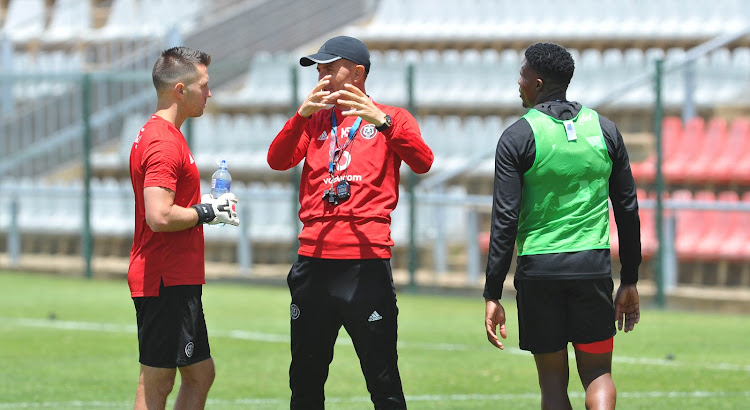 Orlando Pirates will be out to protect their nine-match unbeaten run against rivals Kaizer Chiefs on Saturday but the man who came off the bench to score a brace in the Bucs’ 3-1 league victory against the old enemy in March is a doubtful starter for the latest installment of the Soweto derby.

Pirates coach Milutin Sredojevic confirmed on Wednesday that Luvuyo Memela was among the players who will have to pass late fitness tests to have any chance of making an appearance at FNB Stadium.

“Memela is running against time to be ready for this match‚” the Bucs coach said.

“If he’s ready I will be most happy because he’s such a good reader of the game.

"He came on in the last derby game and did the job for us.”

Memela suffered a knee injury in May and is yet to win a place in the team’s line-up this season despite the club revealing in August that he was ready to come back.

His unavailability has crippled the Bucs' attack with the Zambian strikers Justine Shonga and Augustine Mulenga struggling to produce goals on a regular basis.

Pirates fans will remember that with the game level at 1-1 at half-time through Thembinkosi Lorch’s opener for Bucs and Leonardo Castro’s equaliser for Chiefs in the last derby in March‚ Memela scored two quick goals after his introduction to give his side their 39th win over their rivals.

The Serbian coach said he would know much closer to kick-off on Saturday whether he can include Memela in his match day squad for the much anticipated and sold out derby.

“The last three training sessions will give us an answer on Memela’s readiness‚” said Sredojevic.

Pirates are also sweating over the fitness of Zambian international Mulenga.

The player had to be substituted during the Telkom Knockout game against Chippa United on Saturday night with Sredojevic revealing after the match that he was battling a bout of flu after travelling with the Zambian national squad to Guinea Bissau.

“Mulenga came back from the international duty with a bout of malaria‚" the coach said.

“He’s in contention and we hope he will be part of the team for this big match.

“It will be a medical question that will give us a final response about Mulenga’s availability.”