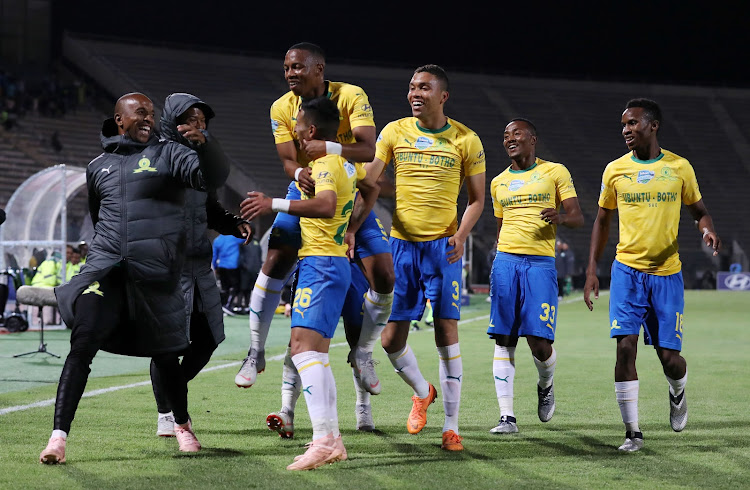 Mamelodi Sundowns’ performance often lacked conviction but the verdict from their singing supporters was unequivocal.

Coach Pitso Mosimane will not care much about how this unconvincing 1-0 victory was achieved against stubborn Bloemfontein Celtic but he will happy that they have registered their second win in ten matches in all competitions.

The Brazilians came into this match on the back of a poor run of results since August where they won only once in nine matches including exits in the Caf Champions League by Wydad Casablanca and in the MTN8 by Cape Town City.

The only goal of the match arrived on the hour mark from the boot of midfielder Gaston Sirino to make up for the many squandered opportunities and it proved to be enough to settle this largely uninspiring match.

For the goal, Sirino did enough to beat advancing Tignyemb from inside the box after he received a well-taken long range pass from Ricardo Nascimento.

With a quarter-final place successfully negotiated, Sundowns shift their focus to the Absa Premiership where they are up against Chippa United on Saturday while Celtic will be at home to Braroka FC the following day.

Sundowns were the first to settle in the game on a chilly Atteridgeville evening as they attacked Celtic on numerous occasions in the early stages but were not able to convert some of the chances that they created.

Sundowns midfielders in the form of Hlompho Kekana, Andile Jali, Lebohang Maboe and Themba Zwane dictated terms in the midfield but Toni Silva and Sirino did not make full use of the balls that was supplied to them.

Though the Brazilians dominated proceedings in the first half, Celtic also had a few chances of their own on the attack but Victor Letsoalo, Ndumiso Mabena and Kabelo Dlamini could not get the better of Denis Onyango between the sticks for the home side.

The most impressive for Celtic was central midfielder Phalane Lantshene who tried to make them to play by switching play with his long range passes despite competition from Kekana and Jali who were always looking to close him down.

Sundowns continued the second half in the same way they ended the first one and in the 50th minute Zwane was the guilty party as he blasted his short wide off the target with Celtic goalkeeper Patrick Tignyemb to beat.