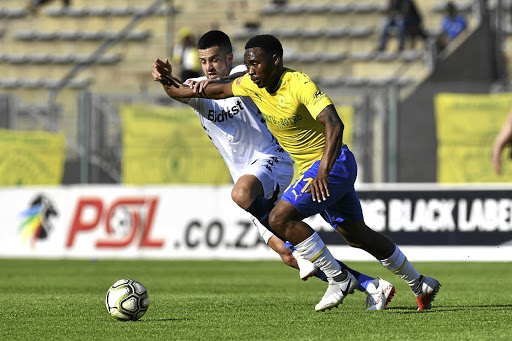 Mamelodi Sundowns assistant coach Manqoba Mngqithi has bemoaned the Achilles rapture suffered by Sibusiso Vilakazi, with the tactician questioning if the Bafana Bafana technical team took the necessary precautions to prevent the injury.

Vilakazi is set to miss the entire season after picking up a tendon tear while in camp for Bafana last week ahead of their Africa Cup of Nations qualifiers against Seychelles.

The 28-year-old has been a key figure in the Sundowns line-up for coach Pitso Mosimane, having made seven appearances in all competitions.

"We don't know what programme there was at Bafana. Maybe it would help to get such information as to how many times they trained, how long the training sessions were ... because that will give us answers as to what happened," Mngqithi said yesterday at the official Telkom Knockout press conference.

He was standing in for Mosimane, who's away on a coaching course. "At this stage the information we are getting is not really helping much.

"An Achilles can also indicate signs of overload and stress of the muscle or tendon itself. I am giving you journalists an assignment to find out what really happened in camp," he said.

With Vilakazi having featured in the 1-1 draw against Bidvest Wits before the players went on international duty, the former Golden Arrows boss pondered if Vila was given enough time to recuperate.

"Better information would be what happened from the time when he finished the match against Wits and the time he joined the camp, how many training sessions .those are the questions that can be asked," Mngqithi said.

Bafana officials reported that Vilakazi got injured during a practice match against SuperSport United last week, but did not reveal more information.

The Brazilians will have to make do without the influential attacking midfielder when they face Bloemfontein Celtic in the Telkom Knockout last 32 at the Lucas Moripe Stadium tomorrow (6pm).

Mngqithi took the opportunity yesterday to praise Celtic coach Steve Komphela, saying he is one of the best in SA.

"We are not taking it (the game) for granted, and we will give it the respect it requires.

"They are coached by one of the top coaches in the country, someone that I have so much respect for because he has a lot to give to the game," he said.