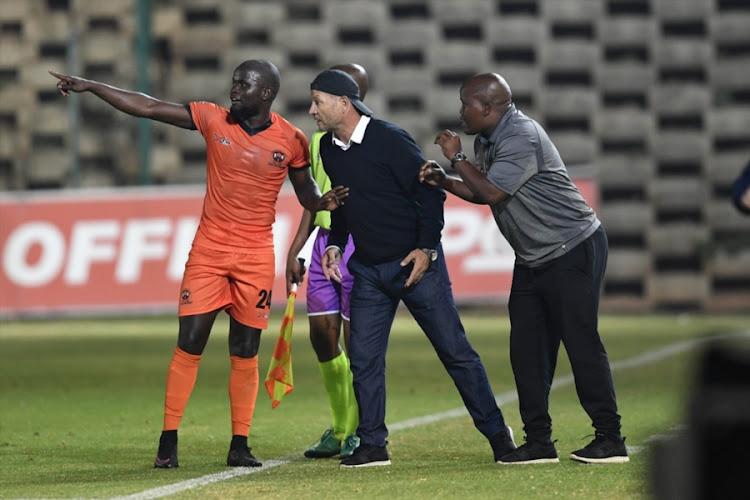 Polokwane City’s elevation to a top five place on the Absa Premiership log standings has come on the back of a six-match unbeaten run‚ including a weekend win away over Kaizer Chiefs‚ but their coach Jozef Vukusic says they are far from the finished product.

The Slovakian coach‚ back in the country to take charge of the Limpopo team after a previous spell in the National First Division when he also beat Chiefs with FC Cape Town in the Nedbank Cup‚ feels his side still have much to do before he can make any forecast about their ability and potential.

“I said before the game that we must play to our potential and if we do that‚ we can see what we can do‚" he said.

"We won the game but I still don’t think we have reached where we want to go with our concept of playing.

“What we did after our first two games‚ we improved our defensive structure.

"You know that even if you play nice‚ like we did in our first two games‚ including Sundowns‚ but you don’t win then you lose confidence.”

City started with a 1-0 loss on the opening weekend of the season in the derby against Black Leopards and then lost 2-0 at home to the champions.

They have not lost since.

“We started with the defence as a basis and I think we are not far away from being where we want to be at‚" he said.

"These wins over Bidvest Wits and Chiefs were‚ I have to say‚ more about defence.

“Now that we have result‚ we will go step-by-step.

"We need to improve our transition.

"Against Chiefs out tactic was to have a strong defence and then counter them.

"We had two or three counters in the first half which we could have scored from and got even further ahead and make sure of the match.

"But it was still a nice win for us.”

Kaizer Chiefs rattled around an empty Moses Mabhida Stadium on Saturday, condemned to playing behind closed doors, and then further punished as ...
Sport
3 years ago

Giovanni Solinas refused to use the absence of a 12th man as an excuse for Kaizer Chiefs’ loss to Polokwane City in Durban on Sunday although it was ...
Sport
3 years ago
Next Article