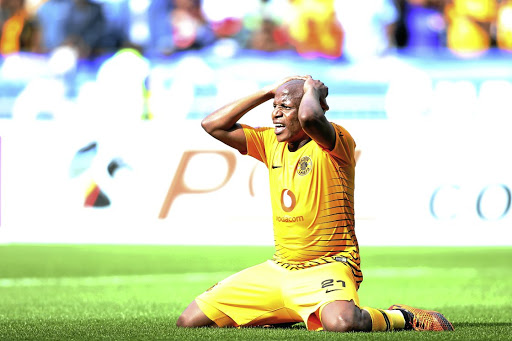 Despite having secured their biggest league win in three years, Free State Stars coach Luc Eymael was not too convinced by Kaizer Chiefs' victory over Cape Town City.

The Soweto giants are on cloud nine after clinching their maiden league win under coach Giovanni Solinas as they trumped City 4-1 at the weekend.

Chiefs beat a 10-men City, courtesy of a brace from Khama Billiat and a goal each from Siyabonga Ngezana and Philani Zulu. Solinas is also grinning from ear to ear after Lebo Manyama made his debut in the match.

The emphatic performance was the first time since their 4-1 win over SuperSport United in September 2015 that the Glamour Boys found the net that many times in the league.

While Amakhosi fans have been buzzing from their win, Eymael has other thoughts of their performance.

"Well 11 against 10, okay. At half-time it was 1-1 and City hit the post and then after the red card [to Taariq Fielies], they won," Eymael shrugged.

While the Free State club are not in the best of form, the Belgian felt his team just need one signature performance to turn the corner.

"What can I do in 24 hours? It's difficult because Chiefs are high on confidence after winning with four goals," he added. "But we will lift our heads up. Hopefully, we will be luckier, only one game can turn things around."

Having finished sixth last season and winning the Nedbank Cup, Ea Lla Koto have endured a torrid time in the current campaign.

Eymael's charges are second from the bottom after three losses, a single win and draw. Their most recent low was their 1-0 loss to Polokwane City at the weekend.

Chiefs have confirmed striker Leo Castro will miss the game with an ankle injury suffered on Saturday.