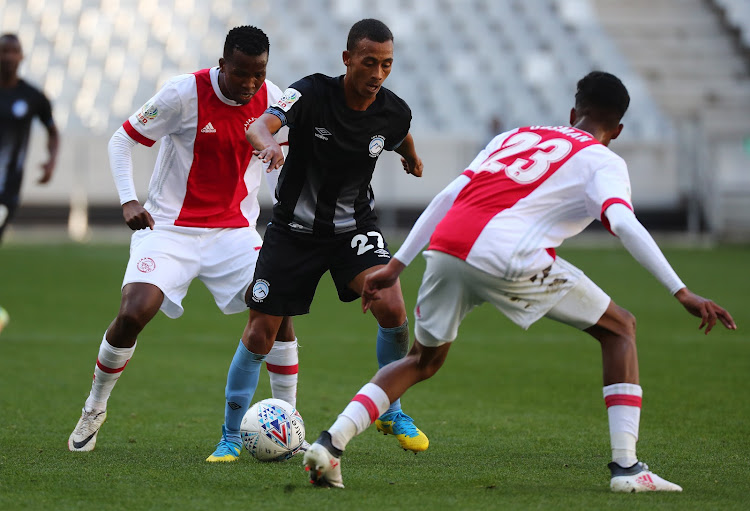 Cape Umoya United and Ajax Cape Town played to a goalless stalemate in their first ever Mother City derby match in a National First Division fixture that was largely one to forget at Cape Town Stadium.

Chances were rare for both sides in front on a 1‚000 crowd at the cavernous 2010 FIFA World Cup venue‚ with slim pickings for those who braved the winter cold to attend.

The match was a first home game of the season for newly-formed Umoya‚ who have risen from the ashes of PSL-relegated Platinum Stars under Roger de Sa.

It was also a first opportunity for also-relegated Ajax to impress their fans in Cape Town after a 2-1 away victory at Jomo Cosmos in their NFD opener.

Ajax handed a debut to former Free State Stars defender Thamsanqa Teyise‚ while there was also a first start for loanee from Mamelodi Sundowns‚ Kaketso Majadibodu.

There were few clear-cut chances in the first half‚ with the best both falling to Ajax striker Prince Nxumalo.

First Umoya defender Givemore Khupe cleared from the toe of the former Bafana Bafana striker just as he seemed destined to score from six-yards.

And then home goalkeeper Tawfeeq Salie made a smart low save when Thabo Mosadi had slipped Nxumalo in one-on-one‚ foiling the attacker’s flick towards goal.

The striker had another big chance early in the second period when he connected with Rodrick Kabwe’s corner‚ but the ball flew the wrong side of the post.

It took Umoya almost 70 minutes for a first opportunity as Paulse cleverly left the ball to allow it to fly across the goal-line‚ but Nyiko Tshabangu was slow to react and what would have been a simple tap-in chance was lost.

Paulse belies his age as the 37-year-old embarked on a thrilling run that ended with a shot which whistled just over the crossbar.

Paulse then missed a headed chance late on that could have stolen the points for Umoya.