Will the PSL allow Thohoyandou Stadium to host the Leopards vs Pirates showdown? 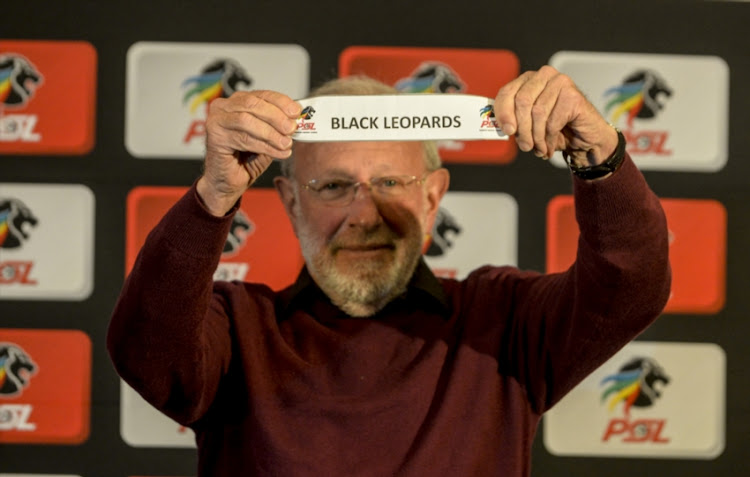 Professor Ronnie Schloss of the PSL during the 2016/17 Promotional Play-off draw at PSL Press Conference Room on May 16, 2017 in Johannesburg, South Africa.
Image: Sydney Seshibedi/Gallo Images

The venue for next Tuesday's mouthwatering Absa Premiership clash between Black Leopards and Orlando Pirates hangs in the balance as Premier Soccer League (PSL) officials are only expected to complete their inspection of Thohoyandou Stadium next week.

Leopards spokesperson Tendani Thidiela said they want to host Pirates at their Thohoyandou Stadium home stronghold in Venda but given that PSL officials are yet to give the venue the green light‚ the encounter is scheduled for Peter Mokaba Stadium in Polokwane.

Premier Soccer League’s chief operations officer Professor Ronnie Schloss will inspect the venue on Tuesday and Wednesday next week and he is to decide if the stadium‚ which has been through several upgrades over the past few months since Leopards were promoted from the NFD‚ will be allowed to host the crunch match.

“Obviously we want to host Pirates in Venda but there is an inspection that must be made by the PSL and we will take it from there‚" Thidiela said.

"As things stand now‚ our match against Pirates is at Peter Mokaba Stadium but we are hoping for a positive decision as soon as possible so that we can start with the logistics of moving the match to Venda.”

Schloss‚ who was on his way to Venda on Tuesday morning‚ could not say whether Leopards would be able to host the game against Pirates in Thohoyandou should his inspection of the stadium be positive.

“I am going to go and inspect and then I have got to make recommendations to the executive committee of the PSL and then a decision has to be made.”

Schloss said the league would announce the decision in the coming days.

“I am on my way to go and inspect the stadium‚" he said.

"We gave them a list of items that had to be attended to and we will see if they have done that.

"Most of the items are related to safety and security regarding the entry points and exit points‚ and to the lighting.

"So we’ll see what the state (of the venue) is today.”

Simon Madi‚ the manager for Environment and Risk Management for Thulamela Local Municipality‚ sounded confident that they would get the thumps up from the PSL inspection team.

“We have done all that was expected from us by the PSL and we are confident that the stadium will get the green light from the league‚” he said.

“Contractors have handed over the stadium to us as a municipality and all the workers have left the site after completion of the work.

"Initially‚ the PSL wanted us to upgrade three things but we have done about ten and we are waiting for them to do their inspection.”