Where does new Orlando Pirates teen rank in the youngest-ever player list? 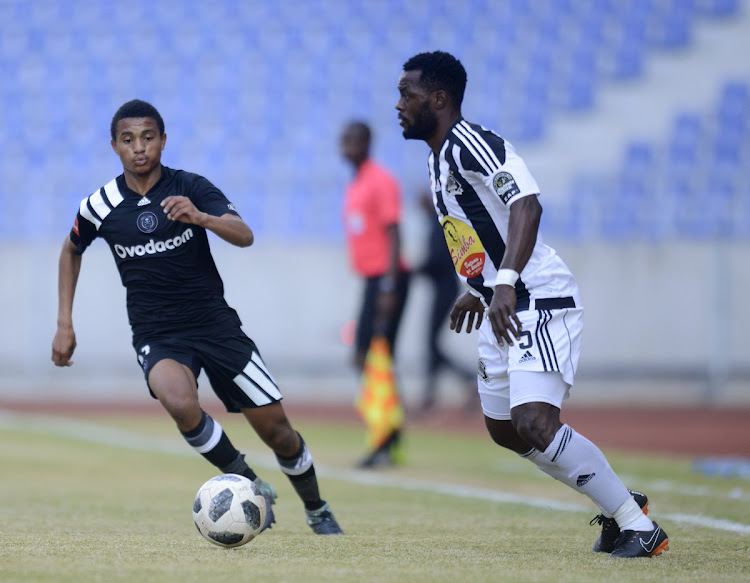 New Orlando Pirates’ teenager Augustine Mohlonoko extends to just eight the number of players who have made a professional debut before their 17th birthday after he came on as a surprise substitute against Highlands Park at the weekend.

He is the youngest player to ever appear for Orlando Pirates and is part of an elite band of teenagers to debut at such a young age.

The record is held by Mkhanyiseli Siwahla‚ who was 15 years‚ five months‚ 22 days when he made his debut for Ajax Cape town in a cup clash against Dynamos‚ after he was thrust into the starting line-up by Gordon Igesund.

Siwahla‚ who turned out to be a serial entertainer rather than team player and saw his career slide amid allegations of alcohol abuse‚ scored after 41 minutes‚ making him also the country’s youngest-ever scorer in the pro ranks.

Second on the list is Steve Lekoelea‚ who was still known as Steve Motsiri when Eddie Lewis stuck him in the starting line-up for the last two games of the 1994 season in the colours of Moroka Swallows.

Both players‚ however‚ have been accused in later years of being age cheats‚ although no evidence has ever been offered to back up these claims.

The other 15-year-old to play in the Premier Soccer League is Kobamelo Kodisang‚ now at Bidvest Wits‚ who made his Platinum Stars debut under Cavin Johnson three years ago.

It was two days before his 16th birthday.

Mohlonoko’s debut has come less than two weeks before his 17th birthday.

He is also only the second player born in the 21st century to play in the PSL.

The first was Lyle Foster‚ who had just turned 17 when he debuted for Pirates last season.