Leopards forced out for home tie 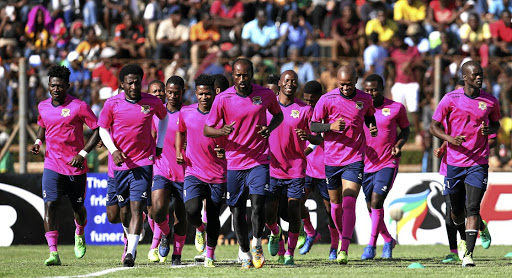 Despite Black Leopards's attempts to have their home game against Polokwane City in Thohoyandou tomorrow, Sowetan has been informed that the Premier Soccer League [PSL] is not budging.

So Lidoda Duvha will have to contend with playing their home match at the venue of their opponents, who were supposed to be "away".

According to the league's signed off fixture list released earlier this week, the match will be played at Peter Mokaba Stadium at 6pm tomorrow.

Leopards have been trying to convince the PSL to approve Thohoyandou Stadium as their home base for the 2018/19 season, but they still haven't got the green light.

Since Leopards won promotion to the top flight via the playoffs in May, the stadium has been undergoing minor renovations to improve the state of the pitch, ablution facilities, technical benches, turnstiles, pavement around the venue, the hospitality and media areas.

PSL chief operations officer Ronnie Schloss visited the stadium on Wednesday for an inspection, but Sowetan learnt yesterday that Schloss had decided not to approve the hosting of games due to the construction.

"The PSL has communicated the message to Leopards that the match will be at Peter Mokaba and that's final, even though Leopards are not giving up trying to have the match in Thohoyandou," revealed our source yesterday.

"We are doing the final touches for the fixture, which will be played at Peter Mokaba Stadium as indicated on the fixture list. We haven't received any other communication from the League.

"So from our side what we know is that we are playing at Peter Mokaba," Ntimane said.