Return to Bucs no grudge match for Gift Motupa 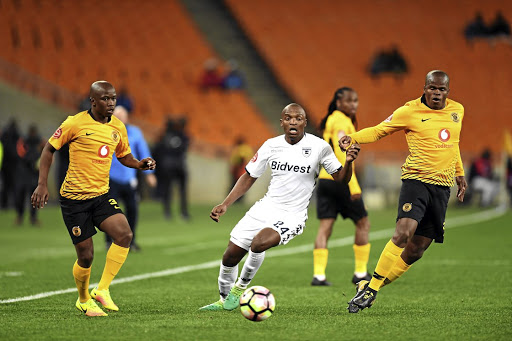 Bidvest Wits playmaker Gift Motupa insists that he has no hard feelings towards Orlando Pirates after his unfruitful three seasons with the Buccaneers.

Motupa's tumultuous stint with Pirates came to an end at the end of June. The attacker did not make the grade at the Sea Robbers and was twice shipped out on loan to Baroka FC during his spell.

He now finds himself at Wits, where he was instrumental in their opening wins over Free State Stars and Kaizer Chiefs.

The 23-year-old will come up against his former club when Wits travel to the Orlando Stadium to face Pirates in a league clash tomorrow (7.30pm).

"I can't say that I see my time at Pirates as a failure because I learned a lot and grew myself as a footballer," Motupa said.

"If I didn't go to Pirates then I wouldn't be where I am now, so that means it happened for a reason. Of course I would have liked to have played more but I am not bitter at all."

Alongside the fellow new signings including Deon Hotto, Motupa has had a superb start to life at Milpark. Hotto has scored two goals in two games while Motupa has already found the net ounce.

The Namibian attacker has praised coach Gavin Hunt for signing the right players in the transfer window.

"We have a quality bunch of players who are motivated for the season. As new players we have done well to hit the ground running," Hotto said.

The university outfit are top of the table with six points and six goals scored. After scoring a thunderous goal against Chiefs last week, the 26-year-old feels there's more to come.