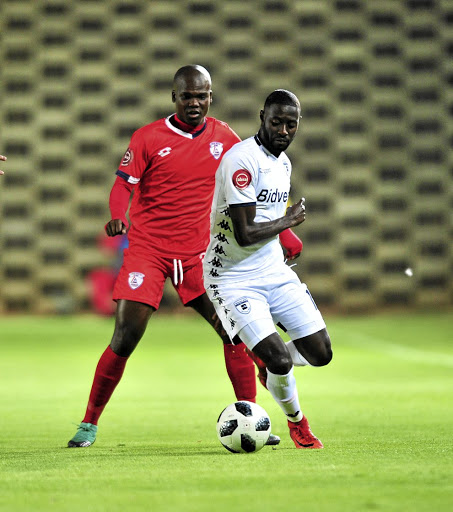 Bidvest Wits assistant coach Paul Johnstone has admitted that the technical team made clever signings in their off-season after learning from last season's transfer window mistakes.

After winning the league in May 2017, the university outfit went on a shopping spree - signing a number of misfits.

The biggest transfer busts were the signings of Steven Pienaar and Slavko Damjanovic, both of whom had their contracts terminated early.

"Last season we looked to strengthen the team, and we made a few mistakes," Johnstone said.

"It's not as easy as going into the market and just pick the players you want.

"We were fortunate that the players we wanted became available this year.

"This time around, we made the changes very early in the pre-season, and the players have been with us for some time."

The five fit in seamlessly into the team that is now top of the Premiership table after scoring six goals in their league wins against Free State Stars and Kaizer Chiefs.

In their 3-1 demolition of the Glamour Boys, the news boys - Hotto, Dzvukamanja and Motupa - were on target.

Gavin Hunt's men are determined to redeem themselves after an embarrassing 13th- place finish in their follow-up campaign after winning the league.

"A team cannot be happy if you are not hitting 40 to 60 goal mark during the season, so we knew that we had a massive scoring problem last season," he added.

Johnstone concedes that their failure to qualify for the MTN8 could see them lose their form.

"We are massively disappointed to not be in the competition.

"No one really likes to lose momentum, so we will have to manage that time well while the MTN8 is on."

The Clever Boys will play Orlando Pirates at Orlando Stadium, Soweto, on Wednesday night in a match expected to be intense given Pirates' own league ambitions.