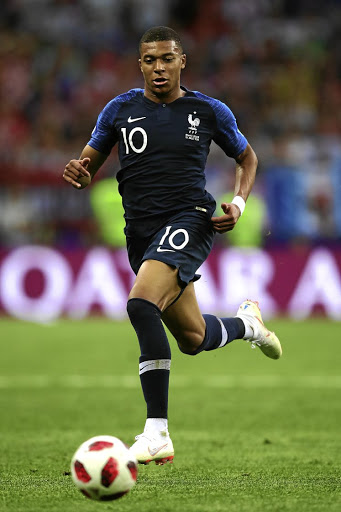 Kylian Mbappe, 19, of France was a star attraction in Russia.
Image: Getty Images

It's well and good for Safa to celebrate the football exploits of junior national teams qualifying or winning regional and continental competitions.

It's also an eye-opener to see that Safa's Vision 2020 is beginning to bear fruit and that our youngsters are holding their own and even beating their counterparts on the continent, in an endeavour to take on the world.

The SA under-20 team, Amajita, have qualified for the Africa Cup of Nations taking place in Niger next year; the women's Under-17 side are in the finals of the Fifa Junior World Cup in Uruguay in November, while the boys' Under-17 team, Amajimbos, are on the verge of qualifying for the African competition finals.

But what is of grave concern is that all these celebrated achievements do not translate to a formidable Bafana Bafana side of equal measure or surpassing the juniors to become a force in African and world football - giant killers in kasi lingo.

We were all in awe, celebrating young PSG and French striker Kylian Mbappe at the World Cup in Russia. At 19, the teen scored four goals in Russia to win the young player award. One of the goals was in the final match, crowning his country's glorious victory.

We still refer to our talented young players as "kids" who still need experience at club level in order to make the grade in the Bafana team.

The case of Brazil's Neymar has been drummed into the heads our national team coaches numerous times. The Brazilian forward made his senior national team debut at 18, becoming a sensation since.

Young Orlando Pirates striker Lyle Foster, 17, is already in the Bucs' first team. Left back Sibusiso Mabiliso, 19, is a revelation at AmaZulu. Forward Kobamelo Kodisang, 18, has showed his hand of readiness at Bidvest Wits.

For years we've paid lip service to blending youngsters into the Bafana set up. Just look at the sorry state Bafana are in - failing to even win the recently held Cosafa Cup on home soil in May-June.

Many would argue that the team that went to the Cosafa Cup was not a full-strength Bafana side. Though acknowledged, that does not mean we can't field a full-strength second-string Bafana team.

I hold no brief for this argument because it was the best team we could send to represent the country at the time.

Why go and embarrass ourselves instead of taking the drastic measure to withdraw from the tournament because of a lack of players to compete.

Maybe that would have been a wake-up call for the Cosafa bosses to reschedule the timing of holding this tournament.

Safa and national team coach Stuart Baxter have over the years been cautioned against separating players by age, making it a mammoth task to just view players as athletes - not as "old and experienced" and "young and inexperienced".

Playing for the national team is about ability, talent is a bonus. Many youngsters all over the world blossom while in the senior national team set-up, but not in Mzansi.

We need to play ball, big time. Give the young stars a chance to shine in Bafana, Baxter.

It will be unprecedented for PSL kick-off to be blocked.
Lifestyle
3 years ago
Next Article