What's next for Percy Tau after Patrice Motsepe gives permission to Brighton courtship? 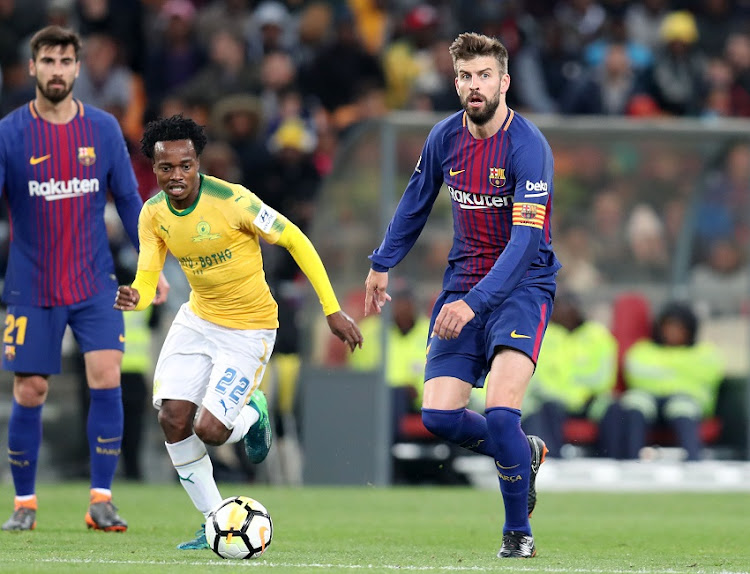 Mamelodi Sundowns club president Patrice Motsepe may have given his blessing to Brighton & Hove Albion's courtship of Percy Tau but it remains unclear if the player will be playing in the English Premier League next season should his R50-million transfer be concluded in the coming days.

England’s stringent work permit test could be problematic and the rumour mill has already gone into overdrive with suggestions that Tau could be loaned to second division Belgium club Royale Union Saint-Gilloise (RUSG)‚ which is owned by Albion’s owner Tony Bloom.

Tau has 11 Bafana caps and most of them were earned in the last 12 months during the failed 2018 World Cup qualifying campaign.

RUSG won 11 championships in Belgium between 1904 and 1935 and Bloom is said to be keen to return them to the topflight just as he did with Albion after a 34-year absence in the English premier league.

Attempts to ascertain from Sundowns officials as to whether they were assured of Tau’s destination if the Albion deal goes through were unsuccessful on Tuesday afternoon.

Sundowns communications manager Thulani Thuswa did not respond to the calls and messages left on his mobile phone.

For a player to get a work permit in the English Premier League he needs the following:

1. Where applicable‚ a club’s application to register a player has to be accompanied by evidence to allow the League to demonstrate that the player may take up employment in the UK.

2. The League will not confirm the player is eligible to play for the club applying to register him until it has received such evidence. (Rule U.13)

3. Players with passports from outside the European Union and the European Economic Area need permission to work in the UK.

4. A club need to have applied for a permit prior to the window closing.

5. The UK Home Office has a points-based system based on which clubs must apply to The FA for a "Governing Body Endorsement" for such players.

6. If the player does not automatically meet these criteria‚ the club can request an FA Exceptions Panel consider the player’s experience and value in order to determine whether a Governing Body Endorsement should nevertheless be granted.