Are Ronaldo and Messi really GOATS or have they been slaughtered? 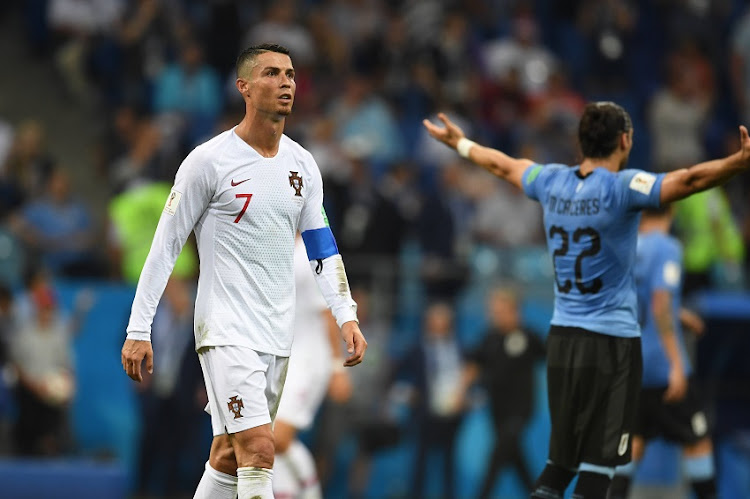 Cristiano Ronaldo of Portugal shows dejection after the 2018 FIFA World Cup Russia Round of 16 match between Uruguay and Portugal at Fisht Stadium on June 30, 2018 in Sochi, Russia.
Image: Etsuo Hara/Getty Images

The 2018 Fifa World Cup locomotive and the eight wagons that have somehow not detached themselves for whatever reason are inching ever closer to the Luzhniki Stadium terminus.

It's a been a weird‚ wonderful and wacky trip through the 12 stations straddled across the four time zones.

Here are five things we've learn as the tournament reaches the business end.

The relief in Peter Drury's voice summed up a nation's mood and catharsis.

England and penalty shoot-outs don't mix and their coach Gareth Southgate‚ who missed a penalty in the UEFA Euro 1996 semi-final against Germany at Wembley‚ knew all about it.

The bad memories of Turin in 1990‚ St Etienne in 1998 and Gelsenkirchen eight years later were all banished by a polished penalty displayed.

It wasn't seamless as Jordan Henderson had to raise the heartbeats of the nation with his miss but Jordan Pickford channelled his inner Dave Beasant to carry his team to a first quarter-final in 10 years.

It was nervelessness of the highest order that resulted in England winning only their second competitive penalty shoot-out.

2) The football pendulum has swung towards Europe indefinitely

The five/two Europe/South America split in the tournament's last eight tells us everything we need to know about how the pendulum has swung towards Europe.

Brazil and Uruguay may have won more World Cups than the European teams put together but the sheer weight of numbers means there will be a European team in the final regardless of its quality.

To set up a South American semi-final meeting‚ Uruguay and Brazil have to see off France and Belgium respectively.

Those sides are the best of the European bunch while England‚ Sweden‚ Russia and Croatia will make up the other semi-final contingent.

The less said about the failed African and Asian challenges‚ the better.

This tournament served to show why UEFA deserves so many World Cup spots.

3) Yerry Mina can also play as a striker

When towering Colombian defender Yerry Mina reeled in Percy Tau when he featured for Barcelona against Sundowns‚ it was a small way for him to announce himself to the world.

What can't be forgotten now is that he's scored three goals.

That's two more than his club teammate Lionel Messi and one less than Cristiano Ronaldo.

Mina single-handedly headed Colombia into the knock-out rounds and temporarily saved his team's blushes before they fluffed their lines in the shoot-out.

There were some “footballers” who posed as centre-forwards who have to hang their heads in shame.

4) Are Ronaldo and Messi really GOATS or have they been slaughtered?

The World Cup gods were smart enough to ensure that the contest within a contest between Messi and Ronaldo didn't take place.

Firstly‚ their teams were too ramshackle to get past the last 16 but also‚ the game has evolved past the “one-man-team” stage.

Messi and Ronaldo deserve to be called the Greatest Of All Time (GOAT)‚ especially for their club exploits‚ but eternity reverberates for those who have left an imprint on the World Cup.

GOATS don't make for a necessarily decent cuisine but these ones were well and truly slaughtered when they were expected to lead their flocks into the promised land.

Ronaldo's hattrick against Spain will be remembered as one of the highlights of the tournament but come the Qatar edition in four years time‚ people will remember the winners and not the bit-part players.

5) Neymar needs to play in a spacesuit

If Neymar was a car‚ he'd long be written off and sold as scrap metal.

Even then‚ he wouldn't go for much because of the weakness of the ferrous material he consists of.

One wonders how would he cope in collision sports like rugby and American Football where blood flows like a river in flood.

Neymar is a gifted player and he knows that but will it come to a point where he plays in a weighted spacesuit to ensure he keeps his feet on the ground?

It's like he lives to defy the laws of gravity but let's not forget‚ the Russians were the first country to put a man in space so we'll rely on them to come up with a plan.