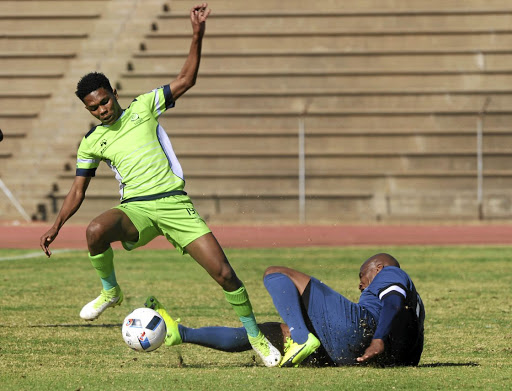 Step aside Patrice Motsepe‚ a shake-up is happening at Gift Links’ Egyptian club Pyramids FC that is threatening to change the face of the sport in that country and possibly the African continent too.

Links had an excellent first six months at the side after joining from Platinum Stars in January‚ which led to his call-up to Bafana Bafana for the COSAFA Cup and a successful international debut.

The teenager is certainly a star on the rise‚ but may now find his progress stunted as the Egyptian clubs goes through a major overhaul that it hopes will elevate it to among the leading teams in Africa.

Formerly known as Al Assiouty Sport‚ the team was recently purchased by Saudi Arabian millionaire Turki Al Sheikh‚ who was previously on the board of rivals Al Ahly‚ but left after a dispute with the team.

He has made an immediate impact‚ snatching coach Hossam El-Badry from the clutches of Kaizer Chiefs and paying him an annual salary of €2.5-million (almost R40-million).

And‚ perhaps directly effecting Links the most‚ the club has confirmed that Brazilian left-winger Marcos da Silva França‚ known as ‘Keno’‚ has been signed from Palmeiras.

That deal is reportedly worth $10-million (R135-million)‚ making him the most expensive buy ever made by an African club.

The team is also set to raid other Egyptian sides in the coming weeks for their top talent‚ putting deals on the table that are hard to refuse.

It is a major statement of intent by the club and the money being thrown around by the new owner is unrivalled in African football.

Clubs in Egypt are also only allowed to field three foreign players‚ which could narrow the chances of Links and Namibia international Benson Shilongo.