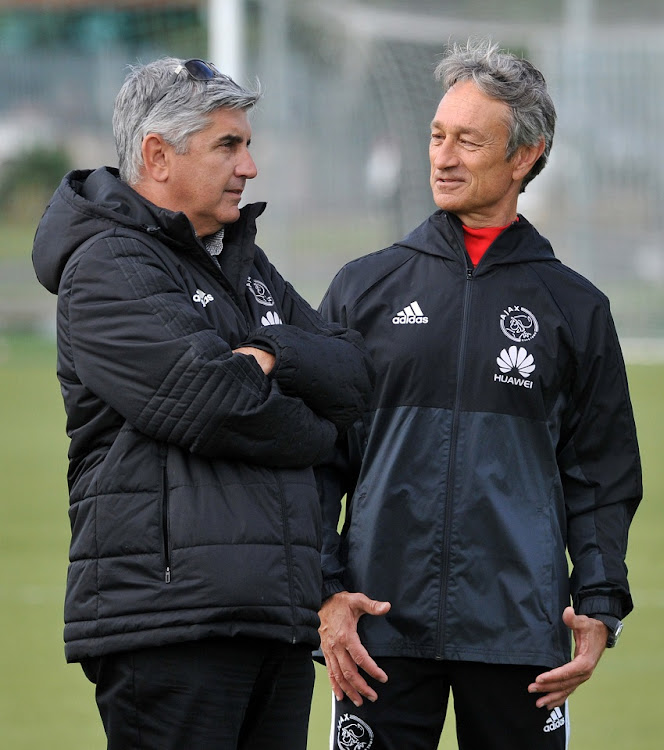 Ajax Cape Town have potentially been given a boost in their bid to regain 15th position in the Absa Premiership and force a replay of the Promotion/Relegation play-offs this season.

This after ABC Motsepe League side Phiva Stars lost an arbitration case last week that could yet have a bearing on the outcome of Ajax’s own challenge to a SAFA arbitration hearing.

Phiva Stars’ guilty verdict for fielding an ineligible player “in at least six matches” this season‚ handed down in a SAFA Disciplinary Committee‚ was upheld by an arbiter and classed as a “serious” offense by the governing body.

The club were docked the points from the effected matches‚ but those points were not awarded to their opponents.

And there lies one of the tenants of Ajax’s arguments‚ that the awarding of the points to opponents from the matches in which they fielded Zimbabwe striker Tendai Ndoro was unprecedented‚ rendering the arbitration ruling too harsh and therefore grounds for it to be set aside.

This verdict appears to vindicate that argument‚ with the arbiter in the Phiva Stars case not taking that step.

It will be a cause for Ajax to argue they have been unfairly dealt with by their arbiter‚ Advocate William Mokhari.

“The severity of the punishment [handed to Ajax] has never happened before‚ so why is it happening now," Ajax CEO Ari Efstathiou told SowetanLIVE on Monday.

"That is one of our arguments and certainly this [Phiva Stars] verdict provides another leg in our favour.

“It is something we will take to [the South Gauteng High Court] when the review of case is heard on June 14 and 15.”

Ajax were punished for fielding Ndoro‚ despite having a mandate from the Premier Soccer League Dispute Resolution Chamber to do so‚ with the club the striker’s third of the season‚ in contravention of FIFA regulations.

They are seeking to have the verdict of Mokhari‚ with the aim of being restored to number 15 in the Absa Premiership.

That would either trigger a replay of the Promotion/Relegation Play-Offs that were won by Black Leopards last week or force the league to find another solution.

Ajax returns to court to seek the PSL play-offs replayed

Ajax Cape Town have told Black Leopards to put the champagne back on ice as they seek to have the Premier Soccer League’s (PSL) Promotion/Relegation ...
Sport
3 years ago

What does not kill you makes you stronger.
Sport
3 years ago

A heaving Thohoyandou Stadium roared Black Leopards back into the Premier Soccer League for the first time in a half-decade with the Limpopo team's ...
Sport
3 years ago

Ajax Cape Town are continuing the legal fight in the Tendai Ndoro case even after another setback on Friday when their urgent application to halt the ...
Sport
3 years ago
Next Article