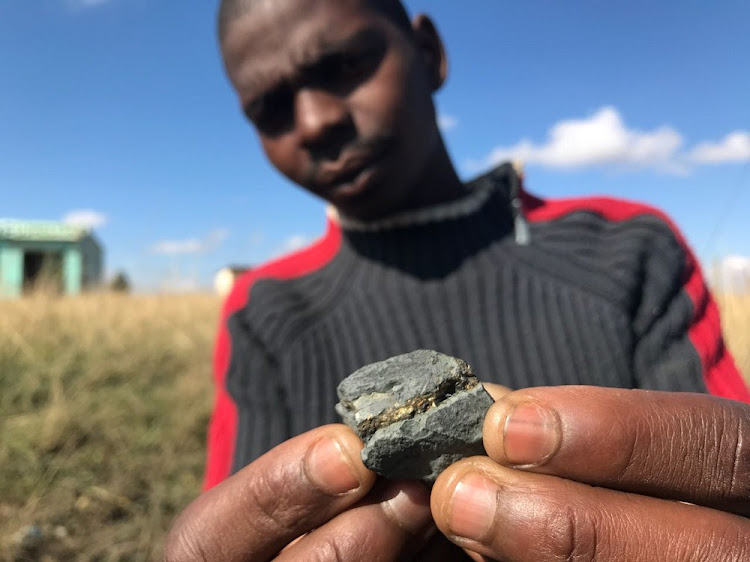 Police have been deployed to the rural village of KwaMachi in KwaZulu-Natal - hoping to restrict access to a quarry which has become the epicentre of a gold rush.

Hundreds desperate to strike it rich have descended on the quarry‚ searching for what they believe are seams to gold running through the hillside.

The village‚ 200km south of Durban‚ is abuzz with talk of the quarry now dubbed “Marikana”.

On Wednesday riot police ran out lengths of barbed wire around the site‚ but were unable to hold back hundreds of villagers intent on mining the shale rock face.

They‚ alongside people from afar afield as Durban‚ have rushed to the village as gold fever spreads.

Police spokeswoman Captain Nqobile Gwala said that two people were hurt on Tuesday during a landslide at the mining site.

“They were rushed to hospital and we have not opened any case. We have deployed officers to the scene to restrict access and keep people safe‚” she said.

However‚ police seemed overrun by the throngs of prospectors.

“I don’t even know if it is real gold‚ people have sent some to the laboratory for testing‚” she added.

KwaMachi resident Thulani Ncayiyane‚ 28‚ said that roadworkers had first made the discovery last week. They had‚ he said‚ used the shale to surface rural roads and stumbled on the “gold”.

“There were trucks working then. They were the first people to find it then we found out about it.

“I then went there to check out this unusual stone. It was very difficult to find it‚ people even got hurt‚” he added.

Ncayiyane said that he had been driven to the mine by hunger.

“There aren't any job opportunities. Now I can sell this‚” he said‚ sporting a sparkling rock.

He said that business had been good‚ stopping passing cars and selling pieces of gold for R50.