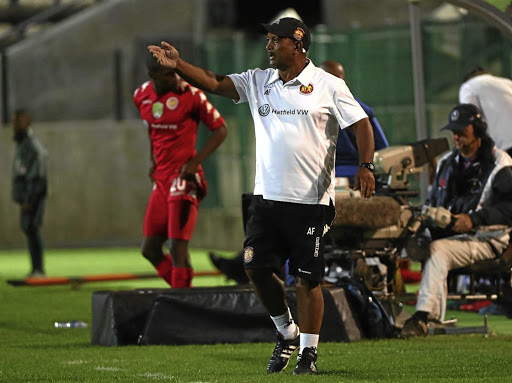 Highlands Park assistant coach Allan Freese has promised it will never be the matter of two bulls in one kraal between him and the club's head coach Owen da Gama as they both boast top-flight coaching experience.

Freese, 61, has tasted some success as a head coach. He won the MTN8 and Telkom Knockout with Platinum Stars in 2013. Nevertheless, he insists he will never undermine Da Gama's authority as the main man at the helm of the Lions of the North.

"I enjoy working with Owen. We work very well and our relationship is good. I know that he's the head coach and my job is to assist him. It would be selfish of me to sabotage him. We put the team first," Freese said.

"I am happy to be working for this club. We are like a family. We have already started to talk about the way forward as far as the new season is concerned. We know that we have to work harder to keep our form that saw us win promotion."

In the 2016/17 campaign, the former Dikwena mentor started the season as the head coach of Highlands in their maiden Premiership season- but he was fired after only five games into the season.

Many attributed the club's relegation in that term to Freese's early sacking.

After their terrific season in the NFD that saw them clinch automatic promotion to the top division, Da Gama has revealed that he would like to keep the players who played a key role in their promotion, saying they intend to sign eight players.

"We are going to sign eight players to strengthen here and there but our aim is to keep faith in our own players. We want to give all the players [who did well in their impressive NFD season] a chance to prove that it was no fluke to do well in the NFD," said Da Gama.