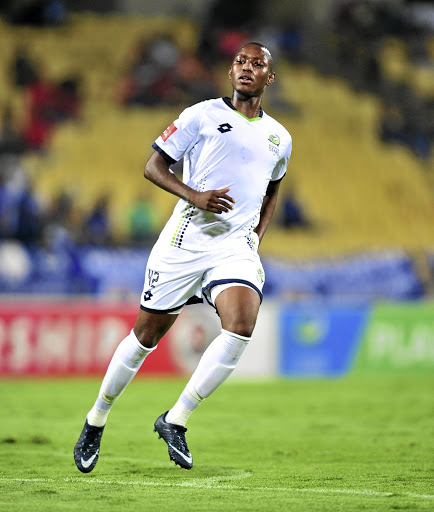 Platinum Stars seem to be struggling to make the most of the lifeline of going back to the PSL, after benefiting from the Tendai Ndoro saga which saw Ajax Cape Town relegated.

Stars now know that if they fail to win against Black Leopards at Moruleng Stadium tomorrow (8.15pm), their dream to remain with the big boys in the elite league next season is all but over.

Dikwena striker Letsie Koapeng feels their clash against Lidoda Duvha carries the same weight as a cup final, urging his teammates to "fight like soldiers" to ensure that the team survives this dreaded round-robin tournament.

"This match against Leopards is probably our cup final. It's crucial that we get three points. This game carries the same weight as a cup final because we know that if we lose, our aim to remain in the Absa Premiership will be as good as over," Koapeng told Sowetan yesterday.

"We must fight like soldiers. We understand the magnitude of this encounter. Leopards beat us [1-0 a fortnight ago] at their home turf, so we have
every reason to fight back. We are positive that we can still win these play-offs. We must win all the two remaining matches at all costs."

Koapeng reckons one of the factors for their poor run this season, particularly in the play-offs, was the team's low self-esteem, saying they lack confidence and they're too scared to take risks.

"It may look like we lack hunger and that drive but honestly . I think it's an issue of confidence. We are in a position where everyone is afraid to make a mistake and take risk.

"If you take risk and it does not work out, you don't want to be at fault. We limit ourselves because we lack confidence," he said.