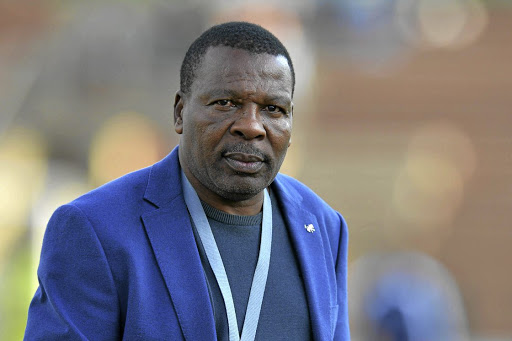 The storm that is alleged to be brewing inside the boardroom of Highlands Park could see the club's three shareholders - Brad Kaftel, Sinky Mnisi and Larry Brookstone - go their separate ways, a source told Sowetan yesterday.

It is rumoured that tension is such that the Tembisa-based Mnisi intends to resign. Mnisi's no show at the club's annual awards in Balfour early this month lent credence to the rumour that there are serious issues. It was an important occasion for the Lions of the North, who have just fought their way back into the Absa Premiership after spending a season in the National First Division (NFD).

"Yes, it is true that I was not part and parcel of that special occasion," said Mnisi. "I've got my own reasons, but I think I must first meet my partners, especially Brad Kaftel. I will comment once I have spoken to him as my partner."

When pressed to comment on the second rumour of his intentions to resign from the club he has served with distinction since 2014, Mnisi said: "I have no comment."

Brookstone, the club's chairman, said: " I know that Sinky was not there [at the awards], but I don't know the reason. Nothing was discussed with me. To the best of my knowledge, nothing has changed in the boardroom."