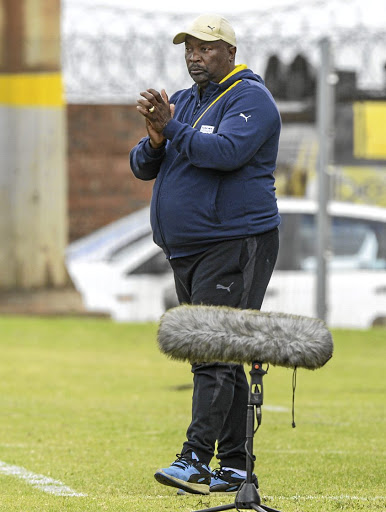 Following some non-formal recommendations from local football lovers that the Premier Soccer League (PSL) expand the Premiership from 16 to 18 clubs, Jomo Cosmos owner-coach Jomo Sono has weighed in on this suggestion.

The call to increase the teams came following the Tendai Ndoro saga, which saw Ajax Cape Town suffer automatic relegation after a South African Football Association (Safa) arbitrator found them guilty of fielding the Zimbabwean striker while he was ineligible.

Ajax were docked seven points and subsequently dropped to the National First Division (NFD), prompting many to suggest that the PSL add two more clubs to the Premiership to make it an 18-team league.

But Sono feels some clubs in the top flight will vote against the increase in Premiership teams because the monthly grants would shrink.

"It won't happen because some of the teams in the Premiership are more interested in the grants. They know that if you make it 18, iyoshoda lemali [the grants will be cut]. It's all about grants, so let's leave it as it is," Sono said.

Premiership clubs receive R1.5-million a month from the league.

Sono also did not hold back in condemning the format of the promotion play-offs, saying this three-team contest was a waste of time and the NFD runner-up should gain automatic promotion.

"I won't change my stand. I think the play-offs are a waste of time. I am not having a go at anybody but I am speaking as someone who has contributed a lot in this game. Black Leopards should have got promoted after finishing second."

Cosmos have never lost the play-offs. They are second on the standings of this three-team round-robin tournament after managing to salvage a point in their first match against leaders Leopards on Sunday.

"We deserve to be in the Premiership. This point we got today [on Sunday] is very important. We know it won't be easy but we are confident we will gain promotion," noted Sono after their 2-2 draw against Leopards.

In their second match of this mini-league, Cosmos travel to Moruleng Stadium to face Platinum Stars tomorrow (3pm).