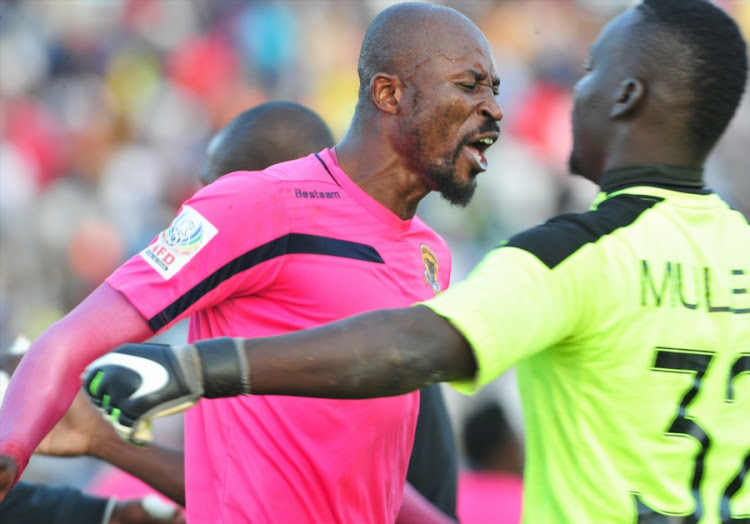 Black Leopards coach Joel Masutha has warned his players against complacency when they take on Jomo Cosmos in their crucial NFD/PSL promotion- relegation playoff clash at Vosloorus Stadium on Sunday.

Lidoda Duvha started the disputed playoffs with a win at home over Premier Soccer League Platinum Stars on Wednesday.

“I have told the players that we only have three points in the bag and there is still nine to play for‚” Leopards’ coach said.

“The biggest mistake we can make at this time is to be complacent. It is important to forget about the win over Platinum and focus on the remaining matches‚” he said as he prepared for the visit to Gauteng.

Leopards beat Cosmos 3-0 in their last match of the regular NFD season in Thohoyandou last weekend but Masutha expects Cosmos owner and coach Jomo Sono to field a different team this time around.

“It is going to be a tough battle against Cosmos and I am expecting them to field a different team.

"When we beat them in the league recently‚ he [Sono] fielded a weakened team because they were guaranteed of a spot in this playoffs‚” he said‚ adding that key attacker Mwape Musonda has recovered from concussion.

“He suffered a mild concussion when we played against Cosmos in the last league game but he has been passed fit and he is available for selection‚” said Masutha.

The coach said he hopes that the fact that the two teams know each very well will contribute to a good game of football.

“We have played against them on many occasions but I believe that I have the players that are capable of unlocking the Cosmos defence‚” he said.

“The fact that we have already won a game in these playoffs will give my players confidence and the pressure will be on Cosmos to get off the mark.

“They are also playing at home‚ which may put them under a little bit of pressure. For us it is just to do what we did in the win over Platinum Stars and we should be fine.”

On the other hand‚ Cosmos captain Thato Lingwati said his side are prepared for Leopards and will leave no stone unturned in the quest to secure promotion back to the PSL.

“We noticed the weak points between both sides after watching the game between Black Leopards and Platinum Stars and hopefully we can capitalise on them‚” Lingwati said.

“We are focused on the task ahead and morale in camp is high‚ because everyone is fit to play and we are motivated by the possibility of playing in the PSL.”

At first Sam Meyiwa did not believe the news he had just been told.
News
4 years ago

Fadlu Davids will take Maritzburg United into the Nedbank Cup final on Saturday as the youngest coach in the Premier Soccer League‚ having shown this ...
Sport
4 years ago

The Premier Soccer League (PSL) awards will be heldon Tuesday‚ May 29 at the Sandton Convention Centre‚ the league has announced.
Sport
4 years ago

Judge Raylene Keightley has reserved judgment in the urgent application by Ajax Cape Town to have the Premier Soccer League Promotion/Relegation ...
Sport
4 years ago
Next Article