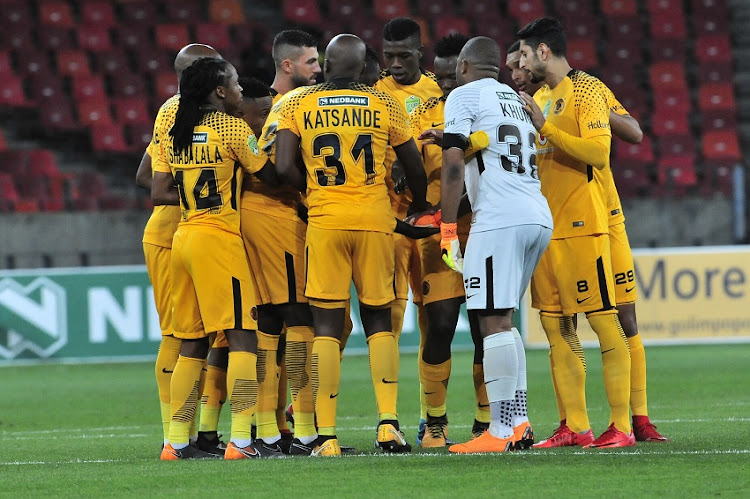 Erick Mathoho’s header in the first half saw Chiefs advance to the semifinals of the competition.

The Glamour Boys brought their match to Port Elizabeth so that their fans in the Bay could cheer them on to victory.

The Chiefs management must have been delighted with the 8844 crowd, which turned up to support their heroes in the Port Elizabeth.

Khompela’s stay at Naturena is ending shortly and this result is a big boost in his bid to leave with at least one trophy in the bag.

The last time the Amakhosi won the Nedbank Cup was in 2013 when Stuart Baxter guided Chiefs to glory. This was always going to be a tricky match for Chiefs and they will be delighted that they have avoided a potential banana skin defeat.

Chiefs came into the game as strong favourites but, it was the visitors who from the kickoff showed that they were in the mood to do the business. Unfortunately things did not go their way.

Baroka came out oozing with confidence in the first half with Robin Ngalande testing Itumeleng Khune, just three minutes after referee Eugene Mduli blew the whistle for kickoff.

Bakgaga continued pounding on Chiefs door step in an attempt to open the scoring sheets but, defender Daniel Cardoso held Amakhosi door tight clearing out any threatening strikes from the Limpopo side.

Amakhosi first chance at goals came in the 16 minutes when Hendrick Ekstein shot outside the box hit the crossbar.

It was only in the 36 minutes when Chiefs took the lead when Matholo’s header found the back of the net from Siphiwe Tshabalala's corner kick.

The hosts were handed a penalty just before the half time break, after Leonardo Castro was brought down by Hassan Banda in Baroka's box. Ryan Moon’s penalty attempt went over the bar.

Baroka fought hard in the second half to level matters, but their attempt in front of the goals were fruitless.

In the 65th minutes Ngalande took a shoot from long range, but his attempt went wide.

Matloga Richard had a chance to level the score line in 83rd minute, but slipped in front the goals with Itumeleng Khune to beat.

Although they ended up on the losing side, Baroka were able to leave the field with their head held high knowing they had put in a big shift against the favourites.