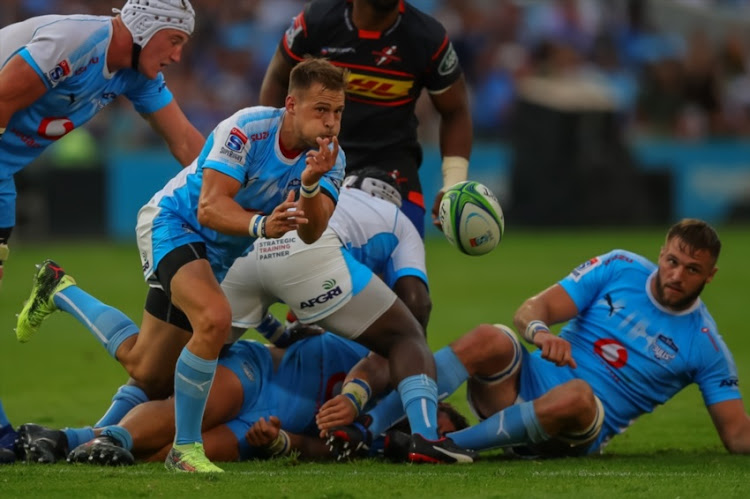 The Bulls put their turbulent travels behind them when they warmed to home comforts in this error strewn match.

They were more assertive and less prone to ill discipline as they recorded just their second win of the season.

While they are a youthful side, it was the experience from their test ranks that helped repel the challenge to the highly favoured visitors.

Scoring a hat-trick of tries on your (local) record 149th Super Rugby appearance, is a sure way of inviting the plaudits. Hooker Adriaan Strauss has been vilified, if not crucified a few times in his career, but by the time he departed the scene here with 25 minutes to go he received warm applause on a damp afternoon.

Significantly however, he wasn’t only Springbok in the Bulls’ ranks who towered above the ordinary.

In Handre Pollard, the Bulls had a sure hand on the tiller at flyhalf. His steady, composed performance brought stability to an area where the visitors yesterday experienced perhaps more volatility than they had in recent times.

Almost every move Pollard made was with conviction and he looks a sure bet to pull a Bok jersey over his head, the number is perhaps still negotiable.

It was upfront however where the Bulls manned up against a vaunted pack. The Bulls pack came out snorting and they earned hard yards with their pick-and-go tactics in the greasy conditions.

While their line-out was wonky, they more than stood their ground in the scrum.

The Stormers’ highly rated Wilco Louw initially struggled to assert himself at tighthead, but as the first half ground on the visitors eventually got a foothold in that facet.

It was however the Stormers’ lamentable discipline that served to undermine them, especially in the first quarter.

By the 12th minute the Stormers had conceded six penalties and when the seventh was awarded Damian de Allende was sent to the bin for an indiscretion in the red zone.

The visitors’ recidivism provided the Bulls the springboard from which to launch and they accepted it with glee as Strauss rounded off two maul tries. Both tries had its roots in Stormers transgressions.

Pieter-Steph du Toit’s lingering outstretched leg from a driving maul would not ordinarily catch the eye of the officials, but the fact that his boot was on the back of Hannes Stassen’s head meant he Bok was prone to censure. He too was yellow carded.