Orlando Pirates link up with English side Chelsea 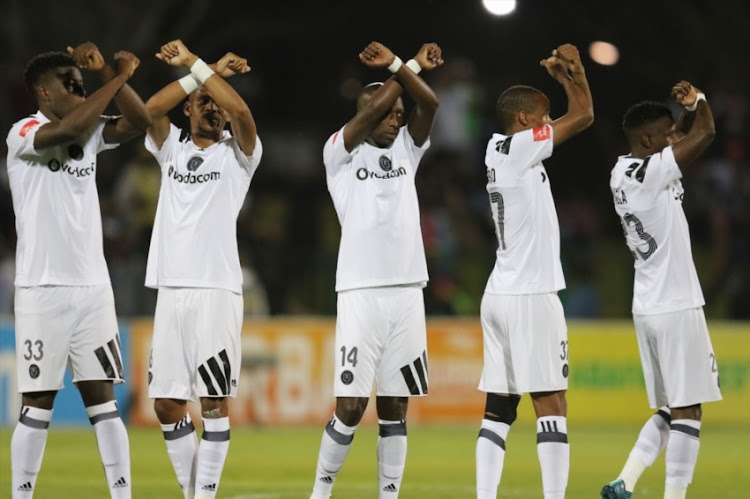 Orlando Pirates have joined an initiative‚ along with Chelsea and Shield deodorant‚ that will see the winner joining the Buccaneers’ MDC reserve team.

Pirates’ involvement adds an incentive to the Shield Sbonis’ iDiski competition launched in Durban last year‚ which saw three youngsters selected from an initial 500 hopefuls to train at Chelsea’s world-class Cobham facility for a week.

This year one of the three will be selected by the coach overseeing the initiative‚ ex-Kaizer Chiefs and AmaZulu centreback Siphiwe Mkhonza‚ and Chelsea’s youth coaches‚ to sign for Pirates’ Multichoice Diski Challenge reserve team for a year.

Bucs’ development head Augusto Palacios said this was a life-changing opportunity for the winning young footballer.

“I think this opportunity is great.

"It means you are selected by your skill‚ and you’re coming to play for Orlando Pirates‚” Palacios said.

“Your life will change.

"And then from there why not say they can go on to play for the national team‚ by giving this foundation and opportunity to the player.

“But remember‚ we are talking about talent identification.

"Our job is to mould the tactical aspects.

"But what is more important is to identify this talent who sometimes we don’t see in the leagues.”

Chelsea senior development officer Steve Winnett said the London Premier League club had various motivations and benefits to gain from their involvement in the competition.

☠@orlandopirates is proud to announce our new campaign partnership with @Shield_ZA 👏🤝🏼The winner of the #MoveWithShield countrywide scouting competition will sign a 1-year contract with our MDC squad😎📝🏆
⚫⚪🔴⭐#OnceAlways pic.twitter.com/bWhcGjAy1j

“Obviously‚ first of all‚ it’s our relationship with Shield.

"They wanted to activate this‚ and we’re more than happy to help‚” Winnett said at the launch of this year’s competition in Johannesburg on Thursday.

“From the Chelsea point of view we’re looking to engage internationally‚ build the fan base and take it form there.

“It’s quite a simple fit. It works well for Shield‚ and that’s our priority in a way. And if we get something from it‚ great.”

Information on the competition‚ which runs to April 30‚ can be found at www.shield.co.za.