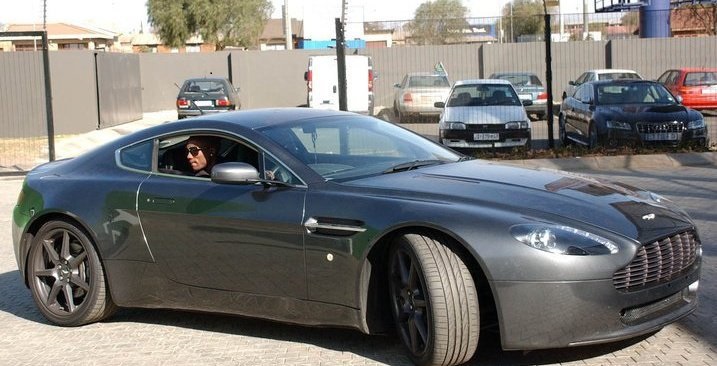 Teko Modise has revealed he blew R22 000 a month on an Aston Martin DB9 he bought and used to drive to training‚ and which caused only problems for the player at Orlando Pirates.

Speaking at the launch of a new book about his life‚ Modise said his purchase of the luxury car under bank finance while he played at Pirates between 2007 and 2011 was a mistake.

"It was bad. It was a bad move. I was spending so much money on a car.

“I was bored after the World Cup and didn't know what to do‚ so I went to buy the Aston Martin.

“My friends agreed because I was buying food and stuff.

"There was an advert that there was an Aston Martin for sale. I went to buy it. People saw it at Nike Centre in Soweto.”

The book asserts that when current Cape Town City player Modise’s relationship had gone sour at Pirates because of blocked moves overseas and the player turning to drink‚ he aggravated the situation by driving the R2 million car to training sessions.

“Teko added to his problems with the club by driving the car to an Orlando Pirates training session‚” the book‚ The Curse of Teko Modise‚ said.

“The relationship between Teko and the club was already difficult at this stage‚ and the sight and sound of a DB9 rolling into the parking lot with Teko inside was guaranteed to ruffle feathers.

The new book on the life of Teko Modise gives rare insight into the muti rituals performed at Orlando Pirates.
Sport
4 years ago

“It wasn’t long before he was called into the head office. ‘You can’t drive that car to training‚’ the officials told him. ‘The other players will see that and think that we are paying you too much; it won’t be long before they all come around demanding higher salaries.’

“He had been training behind the goalposts for about a year and a half now.

"That meant he was running less than all the other players‚ he was less fit and less motivated.

"After all this‚ he thought to himself: I’m on the sidelines watching my career pass me by‚ so whatever‚ I’m going to do whatever I want.

“In defiance of instructions‚ he started driving the Aston Martin to training again.

"Teko hadn’t played a game for Pirates in a very long time and was in a vicious routine.

"He would drive to training in the morning‚ run around behind the goalposts‚ buy booze on the way home and drink in his garage.

“Every day this happened.”

Later in the book it is described how a team doctor at Mamelodi Sundowns convinced the player‚ after his move to that club‚ to downgrade his lifestyle‚ big house and cars‚ and how that had an influence in Modise’s revival in his career.

The Curse of Teko Modise‚ written by Nikolaos Kirkinis‚ is published by Jacana Media.