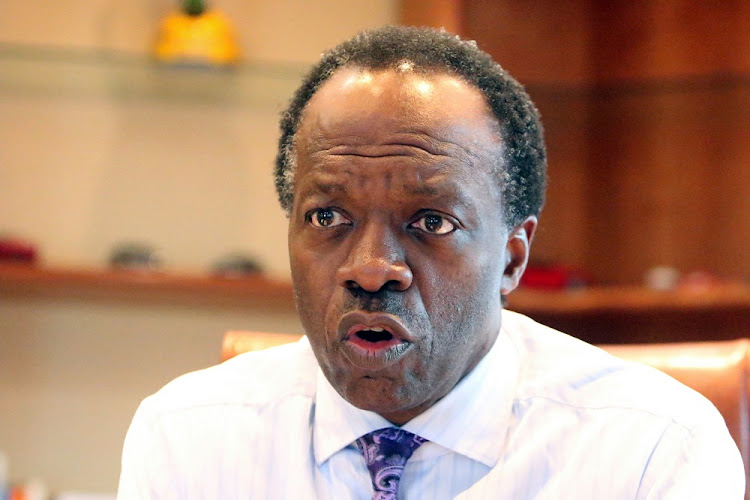 Sizwe Nxasana will no longer take a top role on the FirstRand board.
Image: ANTONIO MUCHAVE

Sizwe Nxasana will no longer take a top role on the FirstRand board as he focuses on finding the money to finance tertiary education for poor students.

This was disclosed on Thursday as the company said in a statement that Laurie Dippenaar will retire as board chairman and non-executive director with effect from 31 March 2018‚ and that Roger Jardine will be appointed independent non-executive chairman of the board with effect from 1 April 2018 - resigning from his current position as CEO of Primedia‚ effective 31 March 2018.

Commenting on Nxasana‚ FirstRand said: "The group previously indicated that retired chief executive‚ Sizwe Nxasana‚ would return to the group as non-executive deputy chairman during 2017 to succeed Mr Dippenaar as chairman in 2018".

"Mr Nxasana’s various civil society and investment activities have‚ however‚ placed extensive demands on his time and he has confirmed to FirstRand that he cannot commit to the role of non-executive chairman. The group respects this decision and acknowledges the important contribution Mr Nxasana is making to the South African education sector."

ANC treasurer-general Zweli Mkhize has dismissed the recommendations of the fees commission as “grossly inadequate”.
News
4 years ago

Nxasana‚ a chartered accountant‚ is chairman of the National Student Financial Aid Scheme. Against the backdrop of widespread student protests demanding #FeesMustFall‚ he is looking at how to change the NSFAS funding policy to a financial aid structure where poor students receive fee-free education to a level that the government‚ working together with the private sector‚ can afford.

FirstRand said it believed Jardine has the necessary business insight and leadership skills to chair the board going forward.

Prior to joining the FirstRand Limited board in 2010‚ Jardine served on the FirstRand Bank board for six years. He was appointed chairman of the Directors Affairs and Governance Committee in 2007 and has been a member of the Large Exposures Committee since 2004.

The FirstRand board thanked Dippenaar "for his long and distinguished service to the group". He was one of the founding members of FirstRand‚ served as group CEO from the creation of FirstRand in 1998 until he stepped down in 2005. He was appointed as non-executive chairman in 2008 and‚ in total‚ has been a member of the FirstRand Limited board for 19 years.

"Under Mr Dippenaar’s chairmanship‚ FirstRand has navigated many challenges with resilience and has consistently produced strong growth in shareholder value."

Business Day reported in October that FirstRand executives and former executives of the group pocketed R127.7 million as options‚ shares and bonuses awarded two and three years ago vested during its 2017 financial year.

Nxasana was the most handsomely paid‚ taking home R32.1 million after his long-term incentive shares and performance shares awarded in 2014 and 2015 matured in September 2016‚ according to the banking group’s annual report. Nxasana retired as CEO in 2015.