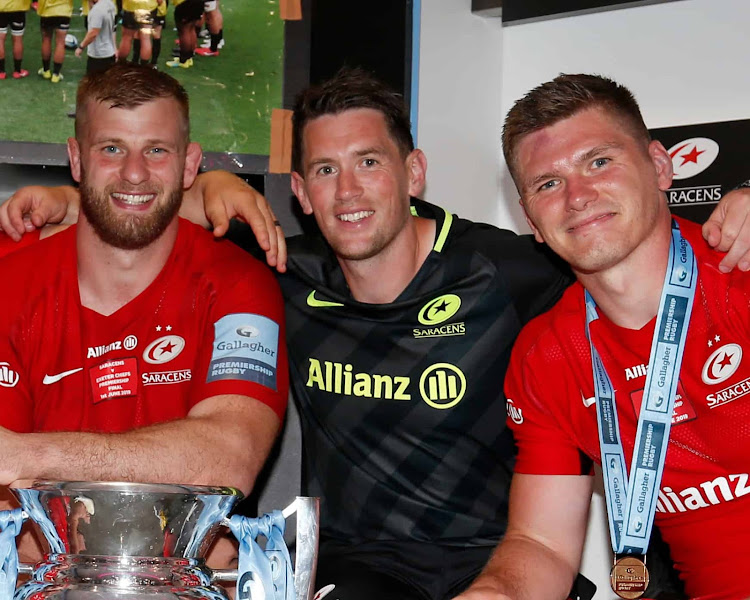 The Springboks have a replacement for the highly respected head of athletic performance Aled Walters in the form of Saracens strength and conditioning coach Andy Edwards.

Walters, who had been part of the Bok set-up for the last two years before returning to the UK, had helped get the Boks in tip-top shape for their assault on the Rugby World Cup last year.

His departure was seen as a huge loss but in Edwards the team will gain the experience of a man used to the highest success at club level.

“Andy will bring with him a wealth of international knowledge from his time of working with a range of top-class coaches and players at Saracens, achieving success in England and in Europe,” said SA Rugby director of rugby Rassie Erasmus in a statement.

“He comes highly recommended for what is an important role where you need someone with a proven record and international experience. During his time with Saracens he also worked with many South Africans playing for the club, which will help him to settle into the role.”

Boks out to prove Dragons’ record flatters them

South Africa’s recent record against Wales continues to be an irritable talking point but increasingly the Springboks have talked down its ...
Sport
2 years ago

Edwards became Saracens’ head of strength and conditioning coach in 2014 and was a member of the team that saw the club win five English Premiership league crowns and three European titles in his 15-year stint at the north London outfit.

Edwards was also strength and conditioning coach for the England Saxons (England ‘A’) between 2011 and 2016, which included a tour to SA for a two-match series against the South African A side in Bloemfontein and George.

Edwards is enthused by the opportunity to work with the reigning Rugby World Cup holders.

“From my discussions with both Rassie and Jacques Nienaber I know that they place a huge emphasis on creating a family environment for the Springboks, and that is something that means a lot to me personally,” said Edwards.

“My family and I will be moving to Cape Town and are really looking forward to meeting everyone involved with the Springboks and experience the incredible, diverse SA culture.

“From a personal point of view, I am very excited about working with a new group of coaches and players. There is a massive challenge ahead over the next few years and I’m looking forward to the journey with the team.”

Edwards will start his new job on August 1.

It was thought the sheer scope of his effort in securing a third Rugby World Cup title for the Springboks last year‚ could not be overstated.
Sport
1 year ago

'It brings a lump to your throat just talking about it': the fallen 1995 Rugby World Cup heroes remembered

It is because they are etched so deeply in the country’s collective rugby consciousness that the deaths of Kitch Christie‚ Ruben Kruger‚ Joost van ...
Sport
1 year ago

Joey Mongalo is not daunted by the prospect of working with former and current Springbok players with big reputations as he eases into his role as ...
Sport
1 year ago
Next Article