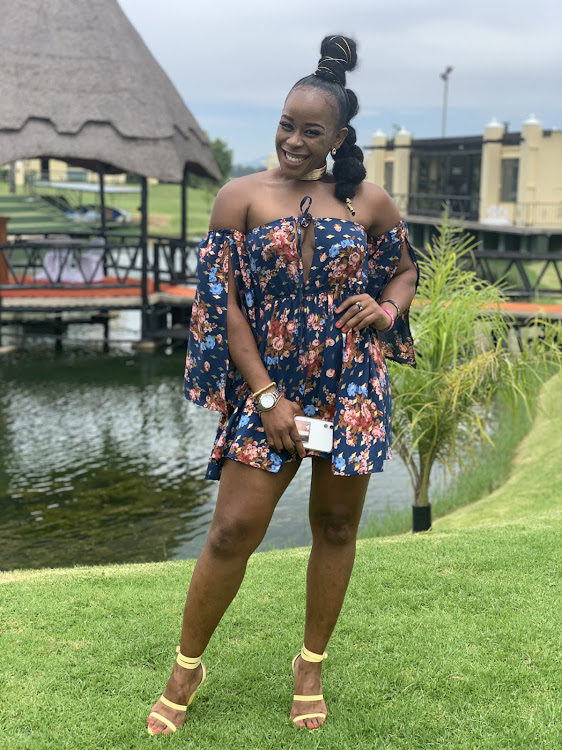 Springbok women’s sevens vice-captain Zinhle Ndawonde has demonstrated how hard work and a strong support base helped her achieve her dream after a period of great uncertainty in her life.

After completing her sports management course at the Durban University of Technology‚ Ndawonde couldn’t find a job within the sporting fraternity.

She ended up landing a job as a fire fighter at King Shaka International Airport in Durban in KwaZulu-Natal but never gave up hope of finding a way back to the sporting world.

Sport has always played a central role in her life and the hard-running Bok centre Ndawonde told SowetanLIVE that soccer was actually her first love and she had no idea that her future lay in rugby.

Others were on the frontline for us& fought for our freedom✊🏾

Because of those fighters we play Sports of our choices,

"Growing up with my cousins and surrounded by lot of guys I used to play street soccer with the boys‚" she said.

The winners of the Sport Personality of the Year Award at the 2018 KwaZulu-Natal Sport Awards‚ Ndawonde said she did not want to have anything to do with netball.

"When I got to Parkhill Secondary School I just wanted to play sports and I had soccer in my mind and I was not looking to play netball‚" she said.

Ndawonde joined the school rugby team at secondary school‚ though at that stage she had no idea what the future had in store for her.

Being part of #essential services during #lockdown means I must keep fit to protect you, do us a favor #stayhome kurough outthere...#21daysLockdownSA #StayAtHomeAndStaySafe
📍 @kingshakaint pic.twitter.com/vxFBR7ui34

"When I got to school I then realised that they didn't have a ladies soccer team - they only had touch rugby so I joined it. Then the following year they introduced the actual contact sport and ja‚ that's how I fell in love with it [rugby]‚" said the dynamic Boks centre.

The 31-year-old Ndawonde’s patience started to pay off in 2006 when she represented KwaZulu-Natal at the South African Games.

"I've learned that you need to be patient in life. I started played rugby in 2006 but I only started to have a bright career in 2016 when I got a call-up from the Springbok women's sevens team‚" she said.

"I remember that in 2014 the Springbok women's 15s went to the World Cup and I didn't make it to that team because I was a bit young."

Ndawonde had to double her work rate and remained disciplined with her fitness level and diet in a bid to remain in good shape.

"I was patient enough and I worked really hard with my fitness and diet plan‚ " she said.

"After all the hard work‚ that's when they actually got to see my talent.

"The year 2018 was a good one for me. One of the greatest highlights of my rugby career was when I represented the Springbok women’s sevens in the Rugby World Cup Sevens in San Francisco‚" she said.

"It’s every girl's dream to be part of any World Cup team in whatever sport you play. Another one was qualifying for the 2021 Women’s Rugby World Cup in New Zealand."

She said her employer never gives her issues when it's time for her to represent the national team.

"I am a national player now and every time when I must go for camp they give me special leave‚" she said.

"Being a firefighter teaches you quite a lot of things. It teaches you about team work‚ family and how important the next person is to you.

"Just like being on the rugby field you can't do everything alone you need a person next to you. When you go to the fire you dont go alone and you got to trust your partner."