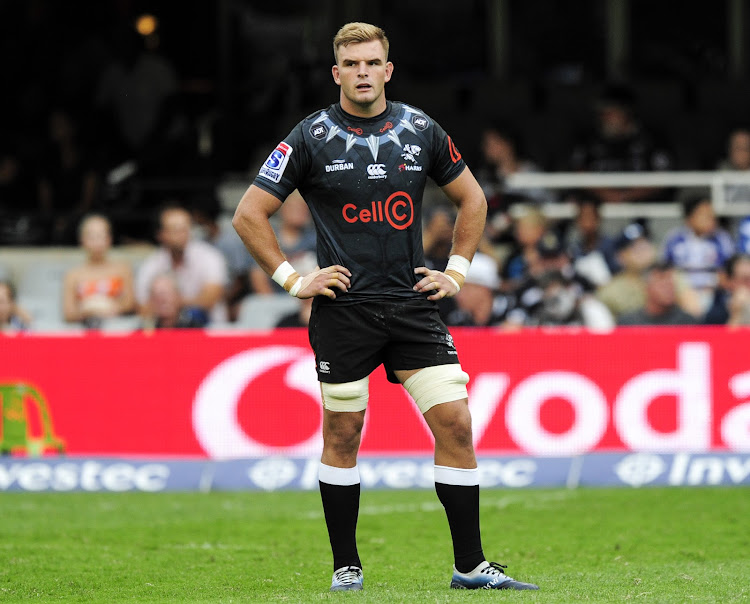 Sharks loose-forward Tyler Paul expects a tough examination from a Jaguares team fresh from another win at Loftus Versfeld.

While the Sharks outmuscled the Reds in Brisbane‚ the Jaguares again stormed the Pretoria fort.

Last year they needed a late match-turning intervention from Domingo Miotti to snatch a win.

This year‚ they dominated the game from start to finish while leaving the hosts with more questions than answers.

They also embarrassed the Sharks at home last year but that was Robert du Preez’s rabble‚ unmotivated and disinterested bunch.

Sean Everitt’s group is full of life and while they still have to shrug off the effects of their trans-Indian Ocean flight‚ they have three wins from four matches to show for their efforts.

Paul‚ who sat out the Reds game‚ understood how difficult the Jaguares fixture will be.

“It’s going to be tough with the travel back from Australia.

"Resting a few of the players has really helped. They’ll probably look to us to bring the energy at training this week.

"Hopefully it will pay off‚” Paul said.

“They’ve been very good in the past year and it’s going to be a massive forward battle. That’s what we’re expecting.

"Like we did last week‚ we’ve got to step up and take them on.”

While it’s too early to say which team is the best in the SA conference‚ the Sharks and the Jaguares have shown enough to worry teams about their play-off ambitions.

Paul though isn’t looking that far ahead.

Last year‚ the Sharks made the quarterfinals‚ but they were terrible at home.

“It’s a little bit early to say but we’ll take it one game at a time. We can’t get too ahead of ourselves and we need to focus on the job on the weekend. We’ll see further down the line‚” Paul said.

The Sharks have laid a marker for how South African teams should tour.

The Lions have already lost their first game and they’ll finish off their tour in New Zealand.

The Bulls and the Stormers have yet to tour and the former could struggle as they’ve yet to win in SA.

Paul was modest in terms of how well they did in Australasia‚ but said touring early is probably the best thing for any team.

“We had a good tour and it’s nice to get it out of the way quite early.

"The results went our way and that’s made the mood in the camp very good. It was a good tour and it’s nice to be home‚” Paul said.