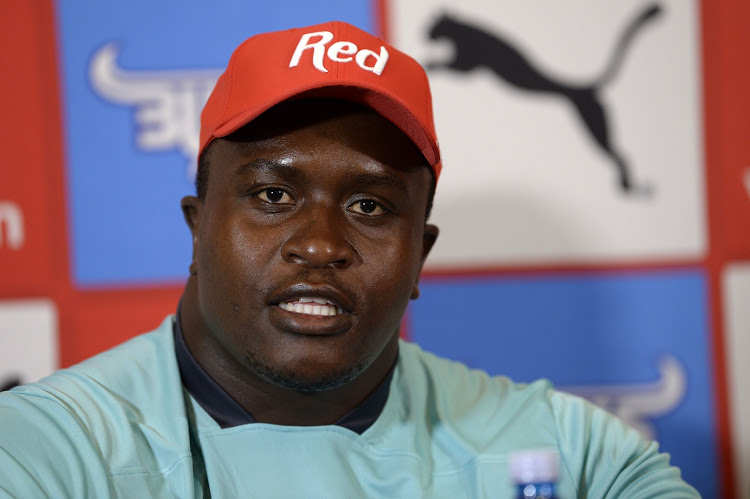 Rugby world champion and Bulls prop Trevor Nyakane is bracing himself for a bruising battle with Stormers counterpart Steven Kitshoff in the Super Rugby clash at Newlands on Saturday.

The two forwards are Springbok teammates and Nyakane said their duel in the pack is going to be interesting because they know each others’ secrets as they worked closely together at the national team.

“I have played with him for some time in the national team and the first time I played against the Stormers it was actually against him,” said Nyakane, who has been included in the starting line-up alongside Lizo Gqoboka for the clash.

“He is a great guy, a great scrummager and a good rugby player in all. There is that thing that we were together at the Boks and there are standards that we set for ourselves and try to achieve.

“Not so long ago we were setting standards together and now we will be putting that against each other, and it doesn’t make things any easier. To face him will be daunting for anyone but that is what I am here for.

“I don’t know what he thinks about but he is there for the Stormers and I am here for the Bulls. It’s not going be easy for either of us.”

The Bulls lost their opening game of the season to the Sharks in Durban last weekend and Nyakane said they want to rectify their mistakes this week to register their first win of the campaign, and their first in Cape Town since 2011.

“No one wants to lose any game, we prepare for a win but things don’t always go your way when you are playing at that level,” he said. “It’s not as easy as most people think -  that you can just pitch up to face any team and win. There are no easy teams in Super Rugby.

“We would not like to lose at all, but we want to rectify our mistakes where we went wrong in the last game against the Sharks. We are going to Cape Town for victory and what makes it interesting is that that’s what they also want to do as well.

“It has been a while since we won out there but we will be ready for whatever they throw at us.”

Nyakane, who started on the bench in the opening round defeat to the Sharks, said that he is feeling good after returning from injury that cut short his World Cup in Japan last year.

“It’s been a while because I have been out with injury where I was not able to pass a rugby ball.

“It’s a big game when you get to Cape Town because the expectations are high but we are looking forward to the challenge. It will be amazing and I am honoured to be back and able to play this sport.”

He may not have thought an awful lot of what he saw of the Bulls last week but Stormers coach John Dobson is expecting them to be better at Newlands ...
Sport
2 years ago

You’d think a dominant performance against a team that reached the Super Rugby semifinals for the last three years would satisfy the Stormers‚ but it ...
Sport
2 years ago

Injury to captain Siya Kolisi and hooker Bongi Mbonambi removed the gloss from an impressive start to the Stormers’ Super Rugby campaign on Saturday.
Sport
2 years ago
Next Article