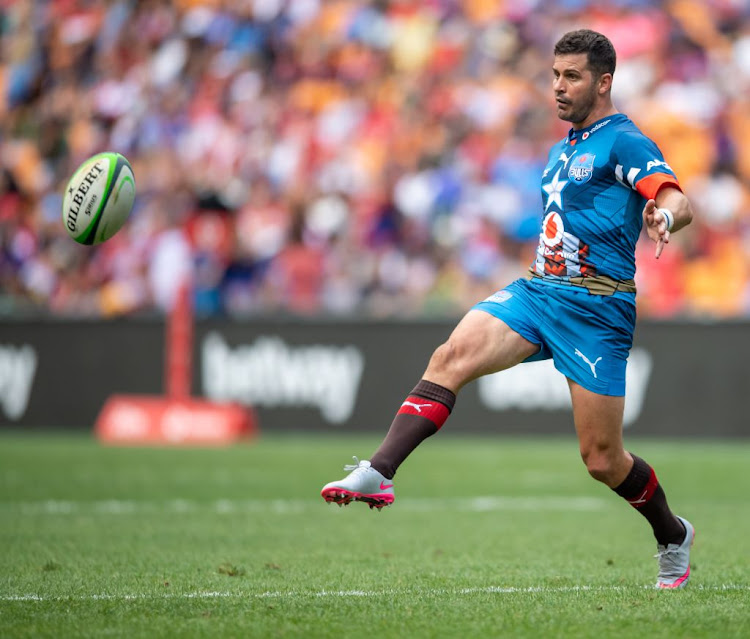 Morne Steyn of the Bulls in action during the SuperHero Sunday match against the Lions at FNB Stadium on January 19 2020 in Johannesburg, South Africa.
Image: Anton Geyser/Gallo Images

Ten years from their third and last Super Rugby success‚ the Bulls are looking to a match winner from that era to guide them back to the Promised Land.

There are some Sharks players who were still in primary school when the Bulls ruled the Super Rugby roost in the late 2000s.

That's where the difference lies between the teams as they square up to open South Africa's 2020 Super Rugby account at Kings Park on Friday.

In 2010‚ Morne Steyn was at the top of his game for the Bulls and the Springboks.

At the same time‚ Curwin Bosch was still in grade seven‚ probably with no idea that he'd be the Sharks' number one flyhalf.

He still had high school to complete at Grey High School in Port Elizabeth at the time. That's where the difference lies between the Sharks‚ who are looking to go forward with the armoury of mid-20's experience and youth while the Bulls are looking to the past to go forward.

There's nothing wrong with the Bulls approach‚ so long they don't find that their old stagers are seriously off the pace.

There's always room for experience‚ but a cautious blend of youth and experience is a necessity.

The Sharks‚ who also renewed their sponsorship with Cell C‚ have reason to think the future will be bright.

Bulls coach Pote Human says former Springboks flyhalf Morné Steyn has not returned to Loftus for a holiday but he has rejoined the team to share his ...
Sport
1 year ago

In Sean Everitt‚ they have a coach who trusts the youth and knows the game is getting younger‚ especially in South Africa.

“Our team has a fresh look about it and that's what the fans would like to look forward to‚” said Sharks coach Everitt.

“It's a new and young team. There's a new energy and there's also a bit of youth in the group. There are also new faces‚ even though they're experienced and we're not short of leadership in this group‚” Everitt added.

However‚ he's had enough time in the coaching saddle to understand what's needed from his charges and how they should go about their business.

With their unique blend of youth and experience‚ Human said they could surprise a number of team.

Whether that will start with the Sharks‚ a team they've dominated in the recent past‚ remains to be seen.

“I believe we'll play exciting rugby. We've got a great squad with lots of depth. I'm looking forward to the season and I believe we'll surprise a couple of teams. We're underdogs in this campaign and that's a good thing‚” Human said.

Sharks coach Sean Everitt has a new canvass and he intends on painting it in his own way with the team he named for Friday's Super Rugby opener ...
Sport
1 year ago

The Bulls name their 40-man squad for Super Rugby

A blend of youth and experience is the name of the game for the Bulls after naming their 40-man squad for the season.
Sport
1 year ago

The outskirts of Jozi do not have a towering 1000m mountain but its square dusty mine dumps didn’t deter close on 48 500 people from turning up here ...
Sport
1 year ago
Next Article