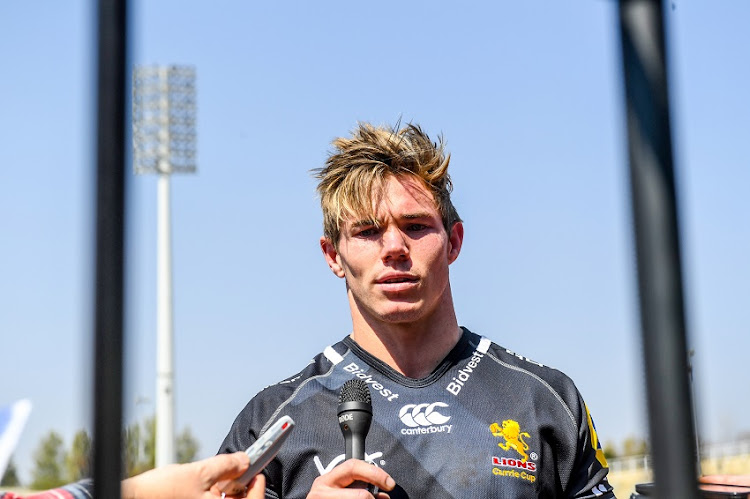 Now that the domestic rugby season is done and dusted‚ the Sharks have started their hunt for players and James Venter has become their first acquisition.

The live-wire loose-forward has been snatched from the Golden Lions as newly appointed Sharks Super Rugby coach Sean Everitt picks up the pieces left from Robert du Preez's four-year reign as coach.

The Sharks aren't wanting for loose-forwards‚ but with Du Preez's twin loose-forward son's Jean-luc and Daniel also leaving the franchise‚ vacancies have suddenly availed themselves.

Venter's work has come mostly off the bench for the Golden Lions‚ where he was effectively used a super-sub.

He added a fair bit of punch and bite to the Lions' second-half cause with two tries in Saturday's 31-28 Currie Cup final loss to the Free State Cheetahs in Bloemfontein.

However‚ no player can be content with coming off the wood and at the Sharks‚ the loose-forward spots are properly up for grabs.

The Sharks were fortunate in having Lubabalo “Tera” Mtembu for the duration of the entire Currie Cup as the number 8 has spent more time on the physiotherapist's bench recent.

Luke Stringer‚ Jacques Vermeulen and Phendulani Buthelezi but the brutal and the attritional nature of Super Rugby means depth in strength will take you a long way in the tournament.

When the Du Preez twins weren't injured‚ they also closed off the positions.

With them gone and the tournament starting on January 31 and ending on June 20‚ it's open gates.

Venter is the first of nine players the Sharks are unveiling in nine days with reports also suggesting that the likes of Cheetahs prop Retshegofaditswe “Ox” Nche and Lions wing Madosh Tambwe will also be joining the franchise.

It's been a time of change at the Sharks where Brent Janse van Rensburg has also joined the franchise as a forwards coach from the Griquas with Selborne College First Rugby team coach Phiwe Nomlomo being added as a skills specialist.