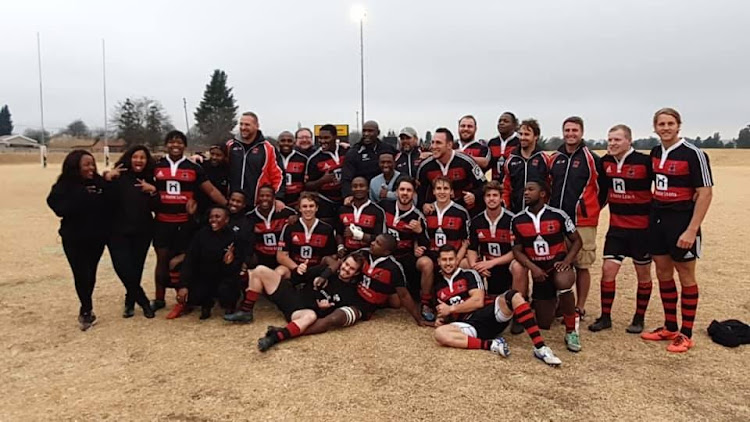 A Durban rugby club has denied that one of its players used the K-word against two black opposition players in a recent game.

The incident is reported to have taken place on July 26 at Collegians during a second team game where one of the players of the Durban Collegians was accused by two Varsity College second team players of using the K-word slur against them.

Durban Collegians chairman Ian Losinsky‚ who was at the game‚ said they launched an investigation immediately after they were notified of the incident.

“I was at the game and began an investigation with immediate effect‚" Losinsky said.

"I first approached the referee and asked him if he had heard any racial slurs‚ to which he confirmed that he hadn’t.

"I then asked him if any of the Varsity College players or Collegians players had acknowledged hearing any racial slurs and he answered “no”.

"I then spoke to all of the Collegians players who were somewhat surprised at the allegations.

"They all confirmed that they heard absolutely no racial slurs whatsoever.

"I conveyed this to the DRSU during the telephone call received on Monday morning.

“The player‚ as well as his team-mates‚ vehemently deny the allegations.

"It would not make sense for the player in question‚ ....... and having 12 of his 22 team-mates as black players‚ to make any racial slurs and also seems highly improbable.”

Varsity College second team hooker Siyabonga Shezi (34) and a team-mate who wanted to remain anonymous but whose identity is known by TimesLIVE‚ insisted that the player used the slur against them.

Shezi said the player delivered the slur when he was being substituted.

“We were playing in a league decider‚ so it was a high stakes game‚" Shezi said.

"When I was coming off the field‚ I had to run across the field and I ran past him.

"After the game we got into the huddle in the spirit of the game.......

“Our chairman and Varsity College head of sports were at the game and I told them the player just called me a k****.

"They said they'd take it up with the union and I mustn't do anything silly or stupid to retaliate.

The player who asked to remain anonymous said his incident in the same game took place as a try was about to be scored.

"I reported the incident to Malcolm Kennedy and he reported it to the union‚ but because I had no witnesses‚ there was no substantial evidence to go against them‚” the player said.

Varsity college chairman Malcolm Kennedy said they reported the incident to the union and believed what his players told him.

“We were made aware of the incident and we submitted a complaint to the union‚ but we were told there was no corroborating evidence.

"I'm guessing they were wanting another witness as it was going to become another person's word against the other‚” Kennedy said.

“I had no reason to disbelieve the players who reported the incident.”

Sharks public relations and communications manager Novashni Chetty said because the incidents were separate‚ even though they took place in the same game‚ the players weren't able to stand witness for each other.

But Chetty added that if any witnesses come forward‚ the investigation could be re-opened.

“The KwaZulu-Natal Rugby Union (KZNRU) general manager's (Siseko Jafta) office received a complaint from Varsity College on the Monday after the match‚ alleging that two of their players were racially abused during the match against Durban Collegians.

"As a Union we first have to determine the merits of a case‚ based on evidence/witnesses in order to instruct the sub-union‚ where the game was being played‚ to proceed with an enquiry‚” Chetty said.

“In this particular instance we contacted the clubs and the referee (Mfundo Ngwenya) and none of the parties could confirm the allegation and there were no witnesses that could come forward.

"Without being able to gather any further evidence and with absolutely no witnesses to confirm the allegation‚ we were unable to instruct the Sub-Union to proceed with a formal inquiry as it would be a case of hearsay‚ in the absence of solid evidence.”