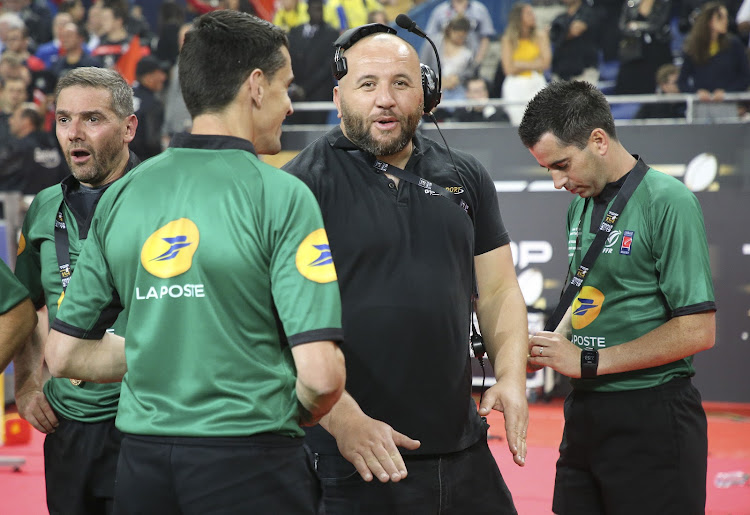 On Thursday‚ exactly 10 years after the most brutal Test match in the professional era‚ World Rugby held a potentially ground-breaking meeting to address player safety.

On June 27‚ 2009‚ the Springboks and the British & Irish Lions clashed in the second Test of that thrilling series at Loftus Versfeld. In between some fantastic rugby and controversy‚ players risked their personal safety to win the day.

Six players – five from the Lions and one Bok – ended up in hospital in a match that ended the tours of all five Lions players. The Boks won 28-25 to clinch the series but it was the medical teams from both sides that probably remember the day more vividly.

In London a decade on‚ the first steps towards player-based welfare law amendments were under discussion by the body’s Law Review Group (LRG). Player safety is going to be a higher priority in the new World Cup cycle post japan 2019.

The meeting of law experts‚ players‚ coaches‚ referees and elite competition is a continuation of the player welfare and laws symposium held in Marcoussis in France in March.

At the Marcoussis meeting‚ delegates considered the latest global game and injury trends.

Headline game analysis data confirmed ball in play time has increased by up to 50 per cent since 1987 (greater increases in northern hemisphere competitions)‚ while the number of tackles has increased by 252 per cent over the same period.

Scrums have decreased by 56 per cent.

The most intriguing of these changes in the so-called ’50:22 kick proposal’.

The plan is to award possession to the team that kicks the ball out inside the opposition 22‚ from inside its own half.

The theory being that it would force defending team to lie deeper to field the kicks and therefore create more space.

There are several other ideas under discussion at the two-day seminar‚ such as the reduction of replacements‚ delaying the movement of the ruck defensive line to slow down defending line speed‚ lowering tackle height and the ability to review a yellow card.

They are known as the ‘Marcoussis proposals’.

While player safety is a valid and honourable reason to test these theories‚ there is a school of thought that if officials were more consistent in the application of the current laws (such as the offside line)‚ there would be no need to trial these new ideas.

The group will also consider the latest data from the recent World Rugby U20 Championship where a high tackle technique warning system operated‚ focusing on removing high-risk tackles by encouraging player behaviour change.

The 2018 edition resulted in a 50 per cent reduction in concussions year-on-year.

World Rugby Chairman Sir Bill Beaumont said: "We are committed to ensuring that rugby is as simple and safe to play for all and the quadrennial law review process is the vehicle in which we review current law with a view to enhancing the experience for players and fans.

"This is the first time that we have kick-started the process with the sole purpose of injury-prevention.

“The LRG will give detailed consideration and analysis of the Marcoussis recommendations and to determine practicality and likely impact and therefore which ideas‚ if any‚ would be suitable for trial recommendation after Rugby World Cup 2019 in Japan."