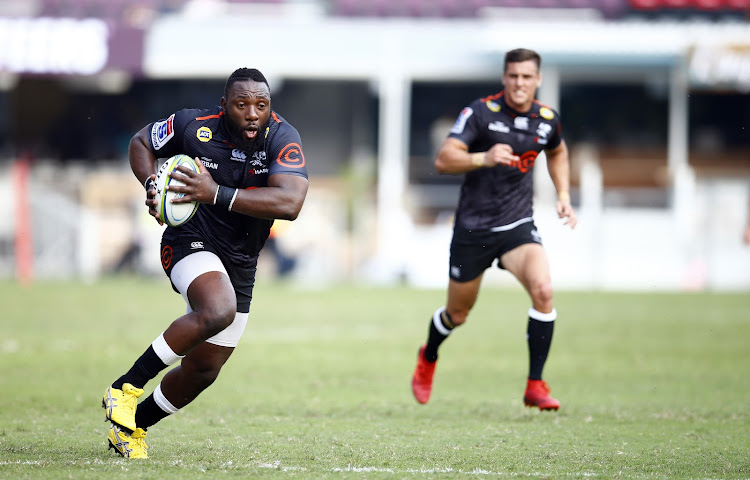 The launch of ‘Beast’ has been delayed after social media this week threw the book at him for his brief appraisal of former Springbok coach Peter de Villiers in the 205-page publication.

The book is now more likely to be released after he returns from the Rugby World Cup (RWC)‚ the timing of which seems to suggest the player didn’t just cower to the barrage of social media criticism but he may also have been brought to that conclusion by his paymasters at SA Rugby.

The Springbok set-up is particularly sensitive to controversy in a RWC year‚ especially when it divides opinion along racial lines.

In the book‚ Mtawarira‚ the most capped Springbok prop with more than 100 caps‚ wrote of De Villiers: “He was a fantastic coach of the Junior Springboks‚ but I think at the high level‚ he was probably lucky that a very good group of players was handed over to him.

“His methods and approach didn’t really work with the Springboks‚ and as players‚ we had to be careful what we said to the media.

“What you said would get back to Peter and affect your place in the team. The media did not like Peter‚ and thought he was a bit of a clown.

“There’s no doubt that he was happy to be at the forefront of a team that could operate on its own steam. Most of the work was done by the players‚ with Dick (Muir) and (Gary) Gold (Bok assistant coaches) very influential.”

The above paragraphs are likely to be altered when the book is finally launched‚ but they have been widely read this week.

While the player’s publisher Pan Macmillan put out a carefully worded statement explaining the delay‚ TimesLIVE understands that the player succumbed to external pressure.

"The memoir‚ titled Beast‚ was set to be released on the 1st of July‚ but will now be launched later in the year."

Mtawarira is quoted as saying in the statement: "With the reaction of some commentators to a single paragraph from the book as a possible indicator of the level of media attention and interest‚ we felt it necessary to delay the release of the book‚ so that 'I can focus solely on my rugby in preparation for possible inclusion in the World Cup squad.”

The publisher went on to say: “The book shares insights into Mtawarira’s personal journey‚ including his relationships with mentors and those who have helped to shape his career as a powerhouse of the South African rugby fraternity.

“A new date for the book’s release will be communicated.”