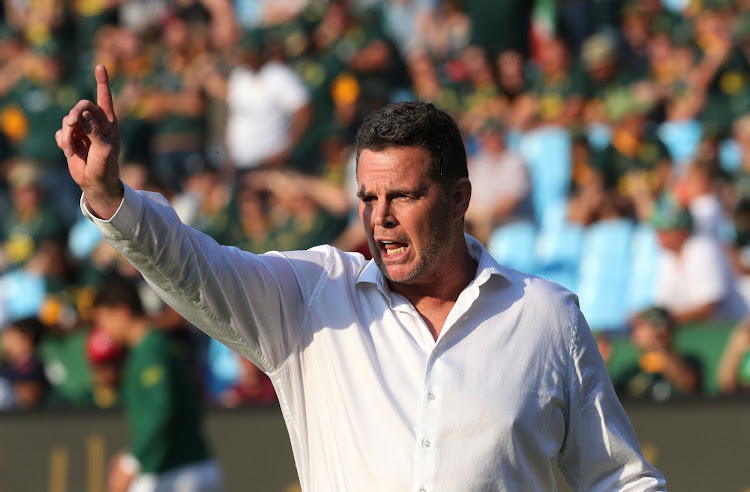 Coach Rassie Erasmus’ naming of nine overseas-based players for a provisional 26-man Springbok World Cup training camp is a clear indication that there are many positions still up for grabs.

It’s also a suggestion that Erasmus is covering all eventualities with just under three months to their opening match against the All Blacks in Yokohama.

The two most interesting inclusions are flanks Marcell Coetzee and the uncapped Rynhardt Elstadt.

Both have essentially been operating as openside flanks for Ulster and Toulouse respectively – the same position as skipper Siya Kolisi.

A knee injury has left Kolisi in a race to be fit for the Rugby Championships.

The inclusion of the two flanks is a strong indication that Kolisi is unlikely to feature against Australia‚ Argentina and New Zealand in the coming months‚ and that his fitness for RWC 2019 is the priority.

Coetzee is no stranger to Test rugby‚ with 28 caps already while Elstadt has been close to selection before.

Injuries have often cut him down at critical times.

He is not a typical opensider but in his latter years at the Stormers he operated at No 6 and he has conducted the same role (no 7) at Toulouse this season.

Both Coetzee and Elstadt could effectively cover all three back row positions while the latter has also played lock.

Erasmus also recalled centre Frans Steyn from Montpellier but overlooked Jan Serfontein in an interesting move while scrumhalf Cobus Reinach earns another look after a stellar season with Northampton.

Steyn last played for the Boks against France in 2017‚ but has only played three Tests in the past seven years.

But as a previous World Cup winner and a man in good form‚ Erasmus’ decision to evaluate him is a reasonable one.

Stormers’ scrumhalf Herschel Jantjies has also forced his way into selection reckoning after a brilliant debut Super Rugby campaign that came about because of injury to Jano Vermaak.

Jantjies has earned his place and he will no doubt earn a Test cap or two in the Championships‚ suggesting that he has risen above Embrose Papier and Ivan van Zyl in the pecking order.

With Faf de Klerk and Reinach looking increasingly likely to be the first choices‚ Jantjies has the inside lane to lock up the third halfback berth for RWC.

Dillyn Leyds’ strong form in Super Rugby has forced Erasmus’ hand as the wing/fullback is included for another chance after not featuring under the coach in 2018.

Bulls and Sharks players on Super Rugby duty in Australasia last weekend weren’t included in the initial squad but it is expected that at least another 15 names will be added to the expanded squad.

Erasmus will eventually trim the squad to 31 players for RWC duty after the Rugby Championships.

The only notable omissions from the list were those of Stormers playmaker Damian Willemse and tighthead prop Wilco Louw.

Willemse‚ unlike other currently injured players such as Kolisi‚ Tendai Mtawarira‚ Eben Etzebeth and Pieter-Steph du Toit‚ was overlooked.

Leyds’ inclusion is further evidence of the seriousness of Willemse’s injury.

With no information forthcoming‚ the only conclusion to be drawn is that his knee injury is likely to keep him out of the World Cup and Leyds has similar ‘x-factor’.

Louw’s omission seems to be based purely on lack of form.