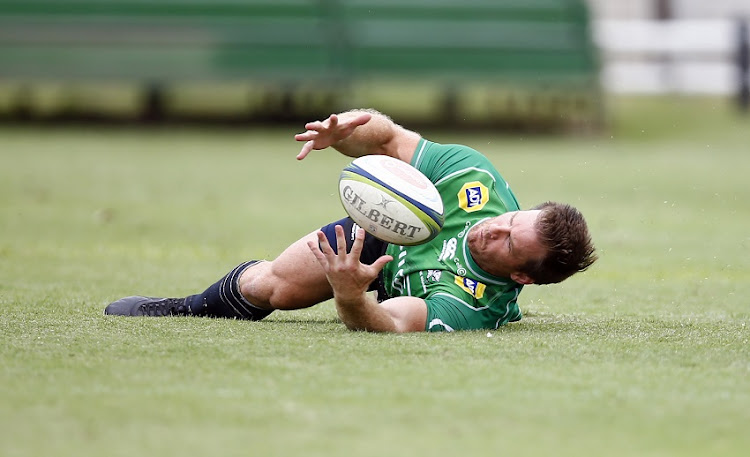 He can’t exactly pinpoint why results in the South African conference have been so topsy-turvy.

However‚ all Craig Burden knows‚ is that it has potentially made for a thrilling finish to the league stages of this year’s Super Rugby competition.

Burden‚ who is back with the Sharks – who have a bye this weekend – this season after a five-year stint with Toulon‚ Montpellier and Stade Francais‚ is on the sidelines with injury and it is partly from that vantage point that he has witnessed a mixed bag of results.

“We’ve seen what performances SA teams are capable of delivering‚” he said about the days when the going was good. “It is just a matter of getting the boys to deliver those performances consistently.

“But it is exciting. The conference is tied up at the moment‚” said Burden at the Vodacom Red client track day at Kyalami on Thursday.

Some observers have pointed to this year’s Rugby World Cup as a potential reason for the capricious performances across the conferences‚ particularly the South African one.

Key players have to be rested from time to time and along with injury it has made consistency in selection an almost impossible task.

“We are all human and every one of those players is targeting the World Cup. At the same time the boys know the importance of a good result in each game. It is hard to put your finger on it‚” Burden admitted.

The Sharks‚ in particular‚ have seamlessly slipped from Jekyll to Hyde mode and vice versa.

“It is interesting. We knew we had three home games before we were due to tour. Mentally what we would have prepared for was getting three wins to take pressure off before going on tour‚” said Burden.

“We had a fantastic performance against the Lions. That was a big occasion with Beast [Mtawarira] breaking the record.

“You just wonder how much that contributed to lifting the boys for that game and going from that to playing that home game where you perhaps didn’t have the drive that lifts everyone.

“I think the tour came at the right time. It gave them the chance to pull together and bond.

“The win against the Waratahs was huge. If any team gets a draw against the Crusaders they’ll take it. We should have won that‚ and against the Chiefs.”

Burden’s return to the squad was a little unexpected after he returned for his wedding in February.

“I had every intention of going back to France. When I finished here I never thought I’d come back and play for them again. When opportunity arose it just ignited this passion that was always there.

“My role isn’t confined to just bringing knowledge and experience. I’m here to have a full crack and play as much as I can. I’m as hungry now as I’ve ever been to play in the Sharks’ jersey.

“When I picked up the injury I was gutted‚” he said pointing to his left bicep.

Burden is a fortnight away from fully recovering from the injury. As a hardened professional he has learnt to roll with the punches.

His five years in France were a tough learning school but it brought stratospheric highs at Toulon.

“I could not have asked for a better experience.

“It was daunting as well. Suddenly when you are stepping into the change room you are sitting with Matt Giteau‚ Drew Mitchell‚ Jonny Wilkinson and Bakkies Botha.

“Another big milestone was Jonny Wilkinson’s last game. It was unbelievable. It was incredible to be part of that team.”