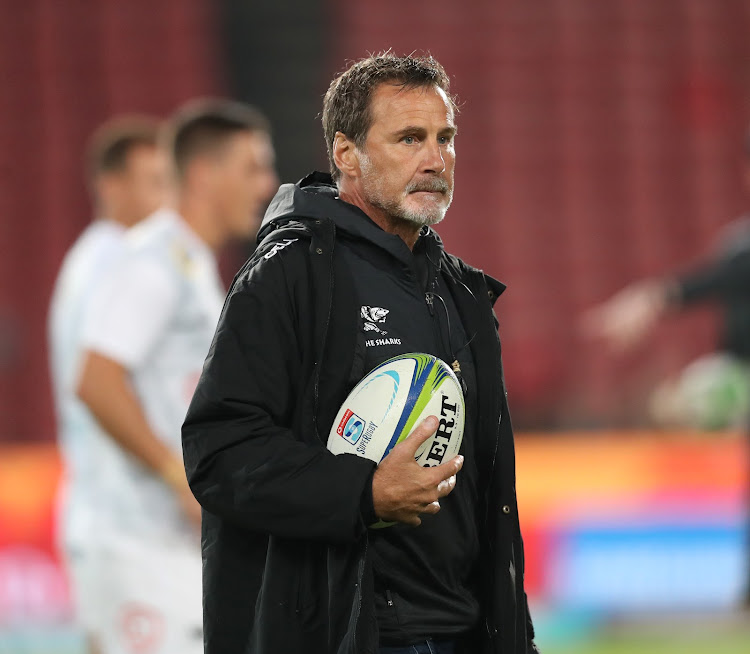 Sharks coach Robert du Preez labelled sections of the media as ‘cockroaches’ after his side scored a late try to beat the Stormers 12-9 and advance to the Super Rugby play-offs.

Stories emerging from Durban suggested that Du Preez had lost the dressing room and that there was a breakdown between the coach and senior players.

The attitude the team delivered on the pitch though‚ suggested otherwise.

Even though the performance left much to be desired‚ the character and commitment of his team was exemplary.

The Sharks didn’t look like a team that was in disarray as they launched a multi-phase attack in the dying moments of the game‚ which eventually led to centre Lukhanyo Am scoring the winning try.

The Sharks now travel to Brisbane to take on the Brumbies in the quarterfinals next week.

“The Durban press are a bunch of cockroaches‚” Du Preez said.

“I would say this was a team playing for each other.

"All the terrible press that this team and the management have been getting over the last month‚ is just a complete a joke.”

Du Preez acknowledged that the contest‚ which was in the balance the entire way through‚ could have ended differently‚ but he praised his side’s attitude to never give up and never stop believing.

“This game could have gone either way‚ we all know that‚ and it was in the balance until the last second‚” Du Preez said.

“But the boys showed great character and it was tremendous‚ which vindicated everything that this team is about.

“Afterwards I thanked the team for the self-belief and the character they showed. They were tremendous. That was pretty special.

“It’s a cruel game – a game of moments – and I feel for Robbie Fleck and his team. It could have been so different.

“But I have no doubt that this Sharks team is good enough to win next weekend.

"It’s a fantastic side and on any given day we can beat any other team. They showed great self-belief.”

The Sharks lost Bok wing Makazole Mapimpi to concussion early on and Tendai Mtawarira also pulled out before the game after tweaking the same knee that has troubled him in recent weeks.

Du Preez said that he was unlikely to make the trip to Canberra.

“We will make a call when we have more information about the injured players. Beast is definitely going to miss next week.”