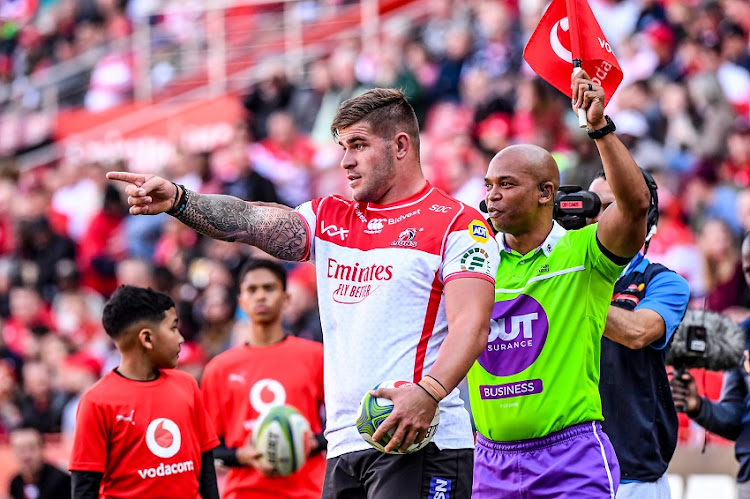 Malcolm Marx (captain) of the Lions during the Super Rugby match between Emirates Lions and Hurricanes at Emirates Airline Park on June 08, 2019 in Johannesburg, South Africa.
Image: Sydney Seshibedi/Gallo Images

Amid an exodus elsewhere the Lions have retained the service of Malcolm Marx until 2021.

The Lions’ star hooker has become the first high profile player to remain in the country after SA Rugby’s recently concluded an agreement for a revised contracting model.

Marx will‚ however‚ take a sabbatical in Japan following this year’s Rugby World Cup but will return to the Lions for the 2020 Super Rugby season.

“Malcolm has always given the Lions and Springboks 100 percent effort and dedication and to ensure sustainability in the young player’s career‚ it is important that‚ together‚ we look after his wellbeing‚” said Rudolf Straeuli‚ chief executive of the Lions Rugby Company.

He added that they were immensely proud to retain Marx’s services.

“Malcolm has established himself as a world-class player and his contribution to the Springboks has been immense‚ so his decision to renew his contract with the Lions is very good news indeed‚” said Erasmus.

“Malcolm’s contract renewal at the Lions is a fantastic result for the new contracting model that the players‚ unions and SA Rugby worked to agree on.

“It proves what can be achieved if we all work together with the best interests of the player and South African rugby in mind‚” added Erasmus.

The taciturn Marx stressed where his priorities are currently rooted.

“For now I am totally focused on the Lions’ Super Rugby campaign and forming part of the Springboks for 2019‚” said the hooker.

The announcement comes as a timely boost ahead of the Lions’ clash against the Bulls at Loftus on Saturday. The match may well be the last home match for Handre Pollard‚ Jason Jenkins‚ RG Snyman‚ Jesse Kriel‚ Duane Vermeulen‚ while the injured Lood de Jager has already signaled his intentions to play abroad.