Make or break Super Rugby weekend for the Bulls 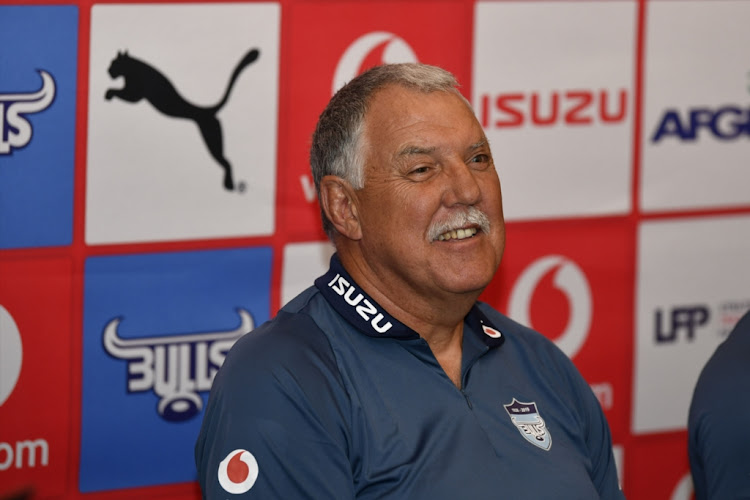 A vital weekend lies in store for the Bulls when they host the Lions in a game that could define their Super Rugby season.

The three-time champions are in desperate need of a win over their traditional rivals at Loftus on Saturday if they are to guarantee a place in the play-offs on the final day of the Super Rugby round robin stage.

It has been six years of pain for Bulls fans since the side made the knockout stages and their hopes of ending the hurt rest on the experienced team that coach Pote Human has picked for Saturday.

The last time they successfully negotiated their way past the round robin stages‚ the Bulls reached the semifinals but went on to lose 26-23 to the Brumbies at Loftus in 2013.

Looking ahead to the high-profile visit by their sworn enemies‚ Human said the return of Duane Vermeulen‚ Rosko Specman and Warrick Gelant from injury and straight into the starting line-up will freshen things up.

“We are at a late stage in the competition and anyone coming back into the fray does so with new energy and fresh legs‚ and that is always good‚” said Human‚ who is on the cusp of leading the Pretoria side to the next round in his first season in charge.

“The nice thing about this weekend is that we have our fate in our own hands and do not have to worry about results elsewhere.

"We can go out and apply our minds to the job at hand.”

The Bulls go into this match with their spirits high after they managed credible draws against the Blues and Highlanders in New Zealand over the past two weeks.

Skipper Handré Pollard said he wants his teammates to use home ground advantage to the maximum.

“We are going to need every Bulls supporter this weekend and I hope they come out in numbers to support us‚" he said.

"We had some mixed performances at home this year‚ but the last couple of results show that we are getting into a good rhythm.

“It would be fantastic if we qualify for the knockout stage for the first time in six years and for us to do so in front of our own fans.

"Before that though‚ we will need an exceptional effort on Saturday.”

Vermeulen‚ Specman and Gelant have recovered from respective injuries to be included in the starting line-up as part of the six changes from the last weekend against the Highlanders.

Gelant takes over from Divan Rossouw (bench) and Specman's return is at the expense of Dylan Sage with Johnny Kotze moving from wing to outside centre.

Andre Warner comes in at scrumhalf in place of Embrose Papier in a rotational move.

In the pack‚ Vermeulen's return has resulted in Marco van Staden moving back to number six‚ with Ruan Steenkamp benched and Jannes Kirsten slotting in for Jenkins and Eli Snyman coming onto the bench in his place.

Johan Grobbelaar will be back-up hooker to Jaco Visagie‚ who took over from Schalk Brits in Dunedin.