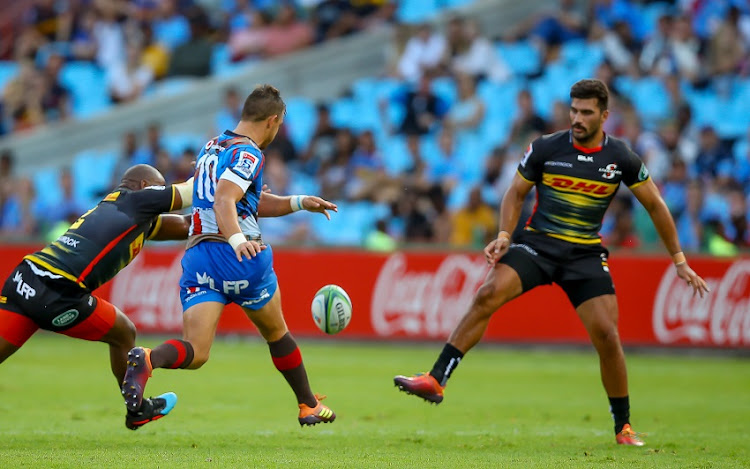 Stormers and Springbok centre Damian de Allende expects Test match intensity when his side meets the Jaguares at Newlands on Friday night.

The Super Rugby clash between the sides is vital for both‚ but more so for the Stormers‚ who follow this match with a tough Australasian Tour.

The Stormers have been handed a difficult draw for the second year in a row‚ with six away games in their first eight outings.

Friday’s match is their last home fixture for five weeks‚ so they need to make it count after an impressive away win in Durban 10 days ago.

The Jaguares lost 47-39 in a wild game at Ellis Park against the Lions last weekend while the Stormers enjoyed a bye. But that was a weakened Jaguares team with 11 changes from the side that beat the Blues at home the previous week.

De Allende has played 37 Tests and knows what is required at the highest level. He also knows he is likely to be up against an Argentinean Test midfield combination‚ but he was more focused on the forward’s battle.

"They will essentially be an Argentina Test match team so we know what to expect and will be preparing to play Test rugby this weekend‚" said De Allende.

"They did rest players last week‚ but that means they will bring it this week against us. They will also be smarting after the Lions defeat.

“They struggled in the scrums in particular‚ so our forwards will be expecting a particularly tough battle from the guys who will come back into their pack and be in a determined mood to put the record straight.

"Fortunately though‚ and this is not meant to sound arrogant‚ we have a lot of international players too‚ and we know what international rugby is about.

“Hopefully we will put it together and match their physicality‚ for that is their natural game. It will be a big test in particular for our forwards and it will be all about matching them and beating them there.”

The Stormers’ 16-11 win in Durban was their first away win in the competition since 2017‚ and it importantly backed up their 19-17 home win over the Lions in round two.

Considering they opened the campaign with a 40-3 defeat against the Bulls at Loftus‚ winning two on the bounce in response has shown the team’s character. They now need to start translating the mental gains from those wins‚ with slicker execution on the field.

"We have much more belief now and the guys have really stuck their hands up since the Bulls game‚” De Allende said.

“We still talk about that game and it still hurts so hopefully when we get a chance to play them again we will take the opportunity to rectify it.

"But right now the focus is on the Jaguares.

"It is of crucial importance that we win this weekend so that we can still keep building that belief and confidence‚ which is starting to happen now.

“When we beat the Lions it was the first time we had beaten them in a four years‚ so it was important. And winning in Durban against the Sharks was also significant in that it was our first away win in a long time.

"It was particularly pleasing to win an away derby match. It does feel like we've gone through an important psychological barrier in that regard."