Eben back in Stormers starting lineup 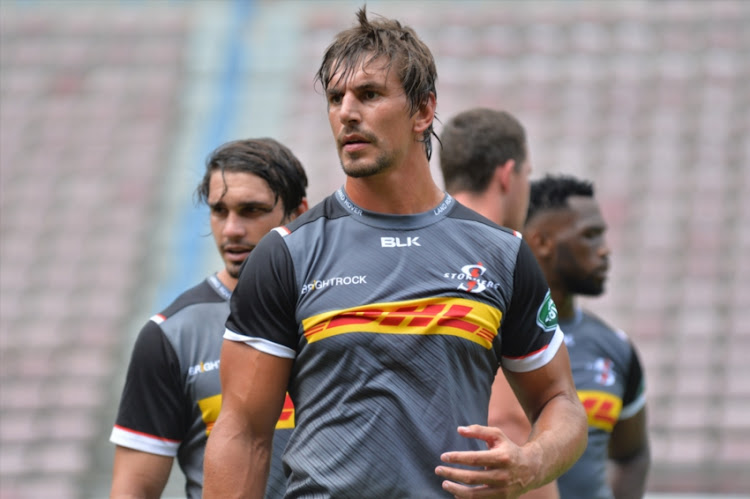 Eben Etzebeth is set for his first Super Rugby start since the final round of the 2017 season when he slots into the Stormers’ second row for Saturday’s clash against the Sharks in Durban.

Etzebeth is one of three changes to the starting lineup from the team that beat the Lions 19-17 at Newlands last weekend.

After an injury-plagued 2018 campaign‚ Etzebeth returned to Super Rugby off the bench last week. His contribution was massive as the Stormers fought back from 14-6 down to snatch a dramatic win.

Etzebeth’s physicality and leadership were major factors in the Stormers’ comeback.

After that eye-catching 30 minutes‚ coach Robbie Fleck saw enough to convince him‚ the giant second rower is ready to start.

“On paper the pack looks stronger with Eben in it‚” Fleck said.

“The impact he had against the Lions was significant.

“He also brings a wealth of experience and he certainly strengthens the side.”

Etzebeth is the only change up front while centre Dan du Plessis comes in for his first start of the season and scrumhalf Herschel Jantjies starts in place of the injured Jano Vermaak.

Du Plessis replaces Ruhan Nel in the midfield‚ with the latter dropping to the bench.

Jantjies was the hero last week‚ scoring a late try to level the scores after five minutes of injury time.

“We are not sure about the extent of Jano Vermaak’s injury but he is likely to have a scope on the knee‚ which will keep him out of training for 4-6 weeks‚” Fleck said.

“Dan du Plessis had an outstanding pre-season and we thought he deserved a chance. We also want to build a bit of capacity at outside centre as well.

“I coached Dan at under-21 level and he’s shown his talent with the Junior Boks. He has been unfortunate with injuries‚ but he had his best pre-season and gets his chance.

“He runs good angles and he is strong and fit.”

Fleck is under no illusions about the tough task his team faces against a Sharks unit that has a maximum 10 points from its first two games.

“The Sharks have improved over the past few months and they are playing with a lot of confidence‚” Fleck said.

“They are also tactically smart and they are not relying only on brute force – they have varied their game.

“They are balanced and have good runners and a strong kicking game.”