Bok opponents Scotland have better home record than All Blacks 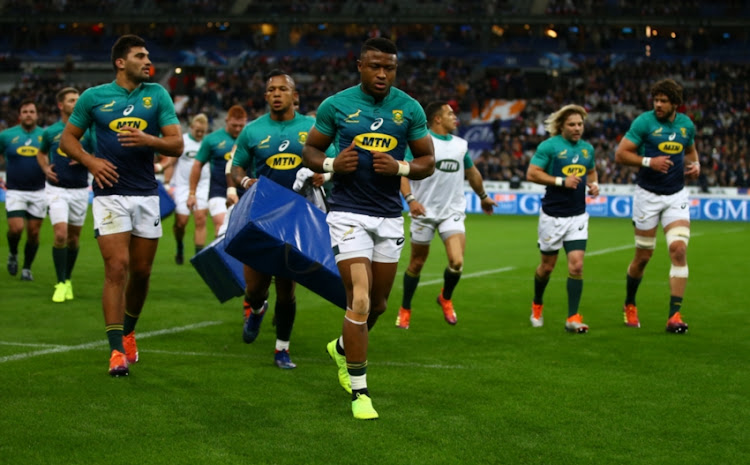 Which team boasts the best home record in world rugby over the past two years?

If you said the All Blacks you’d be wrong. It’s the Springboks’ opponents at Murrayfield on Saturday – Scotland.

Which is why Springbok coach Rassie Erasmus has picked his strongest possible team for this match. Scotland simply can’t be underestimated and if anything‚ on paper‚ they are the toughest opponents on this tour for the Boks.

Although there is a perception that Scotland are the weakest of the four home unions‚ this November’s northern hemisphere Tests has shown that there is no longer a massive divide between the world’s top teams.

The Springboks‚ and Erasmus in particular‚ knew this long ago‚ but it has taken the rest of us some time to catch up.

Under coach Gregor Townsend Scotland are playing with verve and focus. Many of their players are coached daily at club level by the formidable Dave Rennie at Glasgow. Even though this is Townsend’s team‚ Rennie’s New Zealand fingerprints are all over the thistles.

In flyhalf Finn Russell Scotland have a genuine game changing playmaker whose great skill and vision is complemented by the incisiveness of fullback Stuart Hogg and centre Huw Jones.

Scotland thrashed Australia 53-24 last November‚ they beat England for the first time in a decade earlier this year and they rolled France at Murrayfield in the 2018 Six Nations too.

Despite these successes Townsend‚ who played for the Sharks in Durban‚ believes beating a resurgent Boks would be his team’s greatest achievement so far.

“Given what South Africa have done recently‚ it would probably be our biggest win in the last couple of years‚” Townsend said.

“England stands out as such a memorable win. The fact they had won so many games in succession and that trophy we play for [the Calcutta Cup] makes it even more special.

“Going to New Zealand and beating them‚ almost beating them a second time‚ showing what they were capable of last week against France as they came from behind to get a great win‚ that all shows they are going to be a tough team to beat.”

Erasmus has picked an aggressive and skilled pack who have played most matches together this season. But it’s behind the scrum where things get interesting.

Scrumhalf Embrose Papier has had a small taste of Test rugby in his previous five appearances off the bench‚ but he makes a first start at Murrayfield.

His speed and flair are natural assets but no frills game management comes less naturally to the gifted 21-year-old. Erasmus is backing him to make the right calls behind a pack that should have the edge.

“Hopefully it is dry because that will suit Embrose’s game really well‚” Erasmus said.

“The pace Scotland play at will also suit him. Scotland are going to try and make it tough for us so we have the challenge to give him a nice base on his first start.

“I think we are blooding the guys nicely but we are trying not to group three or four first-cappers together.

“We don’t want to have Damian Willemse and Embrose all having first caps in big games. I think we have been spreading it out well with Ivan and guys like S’bu [Nkosi] and Lukhanyo Am getting them into the team in bits and pieces and not throwing four or five new caps into one Test match.”