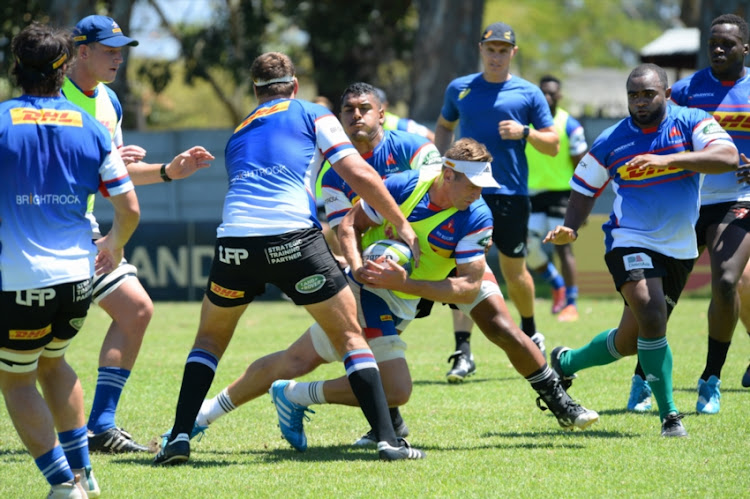 Stormers lock and former SA under-20 captain Salmaan Moerat was inspired by playing in front of nearly 50000 fans at Cape Town Stadium last weekend‚ but he knows his journey is only beginning.

Moerat‚ 20‚ is one of an embarrassment of lock riches at the union and is still fighting his way into a match-day squad that could include Bok second rowers Eben Etzebeth and Pieter-Steph du Toit‚ Bok tourist JD Schickerling and Currie Cup-winning captain Chris van Zyl.

The former Paarl Boys High scholar is certainly good enough to excel now‚ although he might have to wait a little longer given the list of players he’s competing against.

“It was a highlight of my career to play in front of such a big crowd‚ it’s a day I’ll remember for the rest of my life‚” he said of last weekend’s 33-28 win over the Bulls in ‘Super Hero Sunday’ at Cape Town Stadium.

“The competition is of course very healthy in the group.

"As a youngster in the side I just want to keep learning‚ and if I get that opportunity I want to grab it with both hands. I’m just going to focus on the team.

“But I’d like to improve on my carries and my conditioning; that’s where these warm-up games help a lot. I’d like to see the team prosper this year and I believe there’s a lot of potential.

"We’ve got a good balance of young talent and experience.

"There’s a lot of good energy‚ so I believe we’ve got the right ingredients to do better.”

Stormers coach Robbie Fleck named a 28-man squad to face Boland in the Stormers’ final Super Rugby warm-up and Moerat has been left out after playing in both the previous warm-up games.

Fleck has reintroduced most of his senior Springboks with Bok captain Siya Kolisi getting his first hit out of the season.

There are nine Springboks in the extended match-day squad for the third warm-up game‚ which kicks off at 17h45 on Friday at Boland Stadium.

Up front props Frans Malherbe and Steven Kitshoff will start either side of hooker Bongi Mbonambi‚ with Corne Fourie‚ Wilco Louw and Chad Solomon on the replacements bench.

In the second row JD Schickerling will link up with Cobus Wiese‚ while Chris van Zyl is among the replacements. The loose trio will see captain Kolisi start alongside Pieter-Steph du Toit and No.8 Sikhumbuzo Notshe‚ with Jaco Coetzee‚ Kobus van Dyk and Juarno Augustus set to make an impact in the second half.

Justin Phillips and Damian Willemse will make up the halfback partnership‚ while Herschel Jantjies‚ Jean-Luc du Plessis and Josh Stander will be on the replacements bench.

Damian de Allende and Ruhan Nel will play in midfield‚ with Dan du Plessis and Dan Kriel the centres among the replacements.

At the back Craig Barry starts at fullback with JJ Engelbrecht and SP Marais on the wings.

"Boland are always highly motivated to play us in Wellington‚ so we are looking forward to pushing ourselves‚” Fleck said.

"We have got a number of players coming in after a pre-season conditioning phase‚ so it will be important for us to gel as a unit and get as much as we possibly can out of this game.